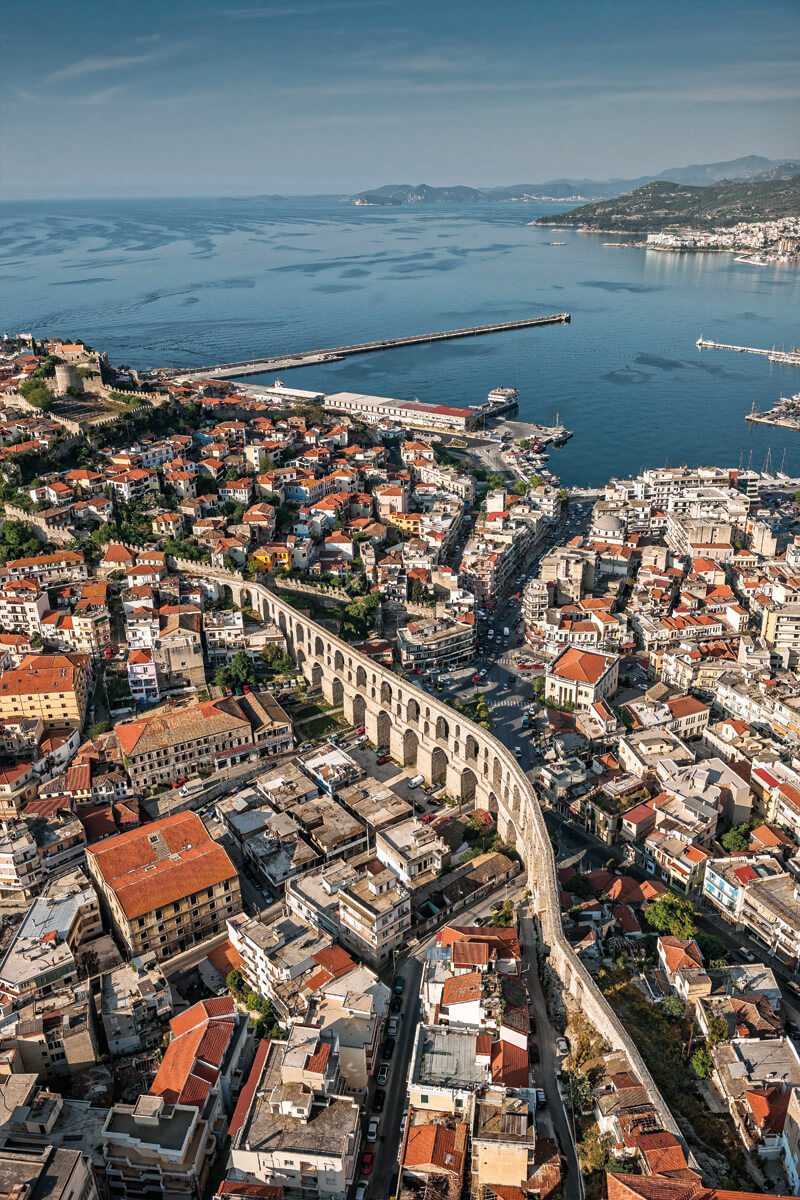 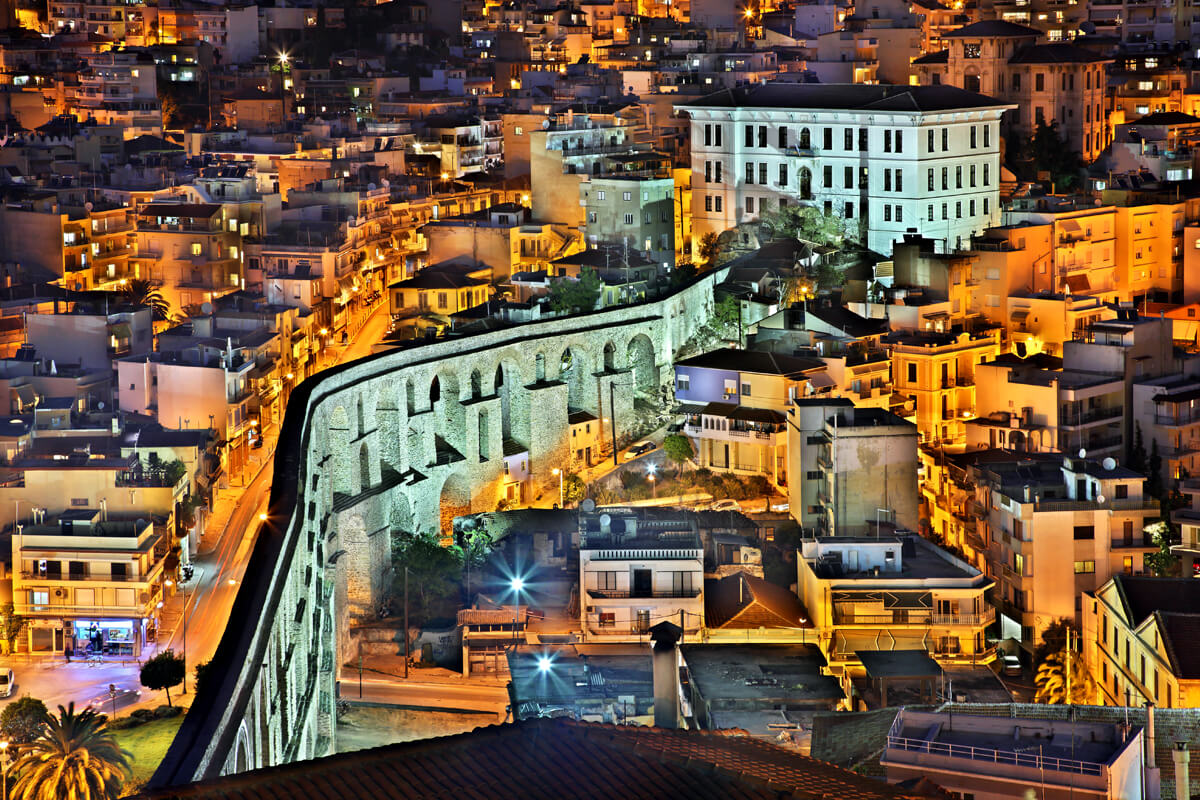 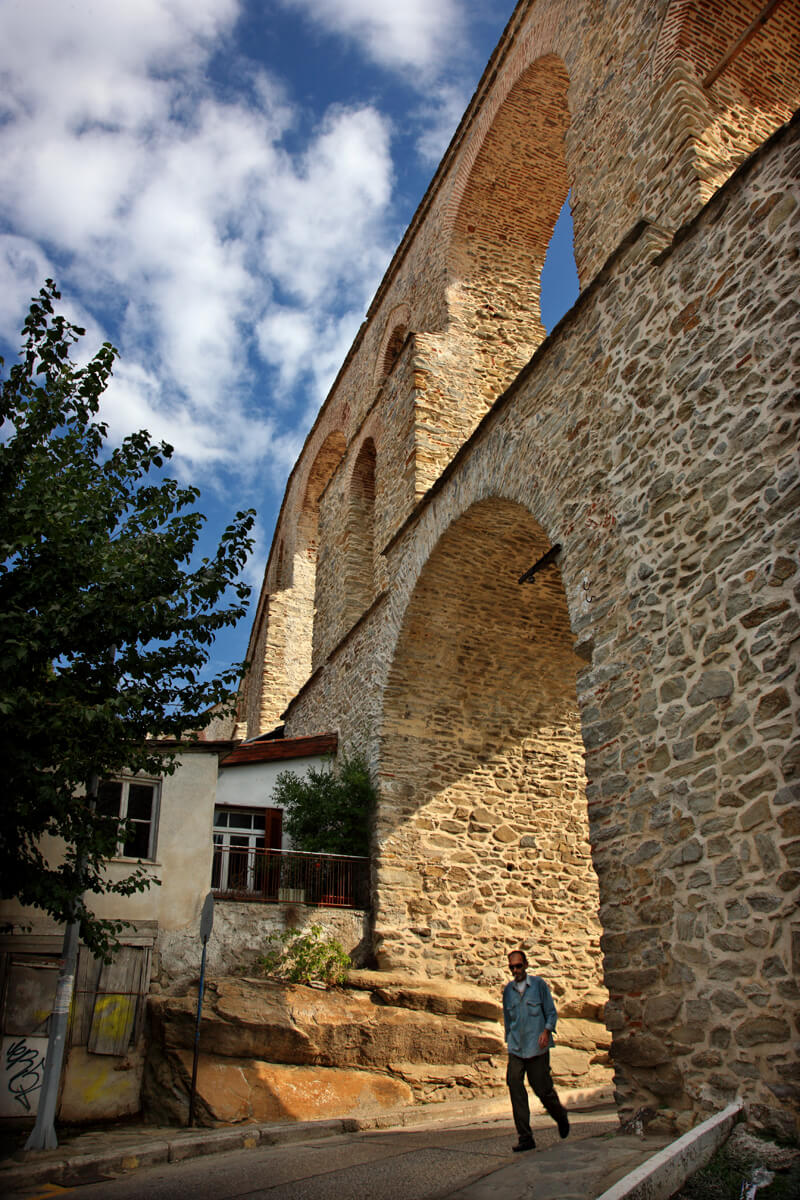 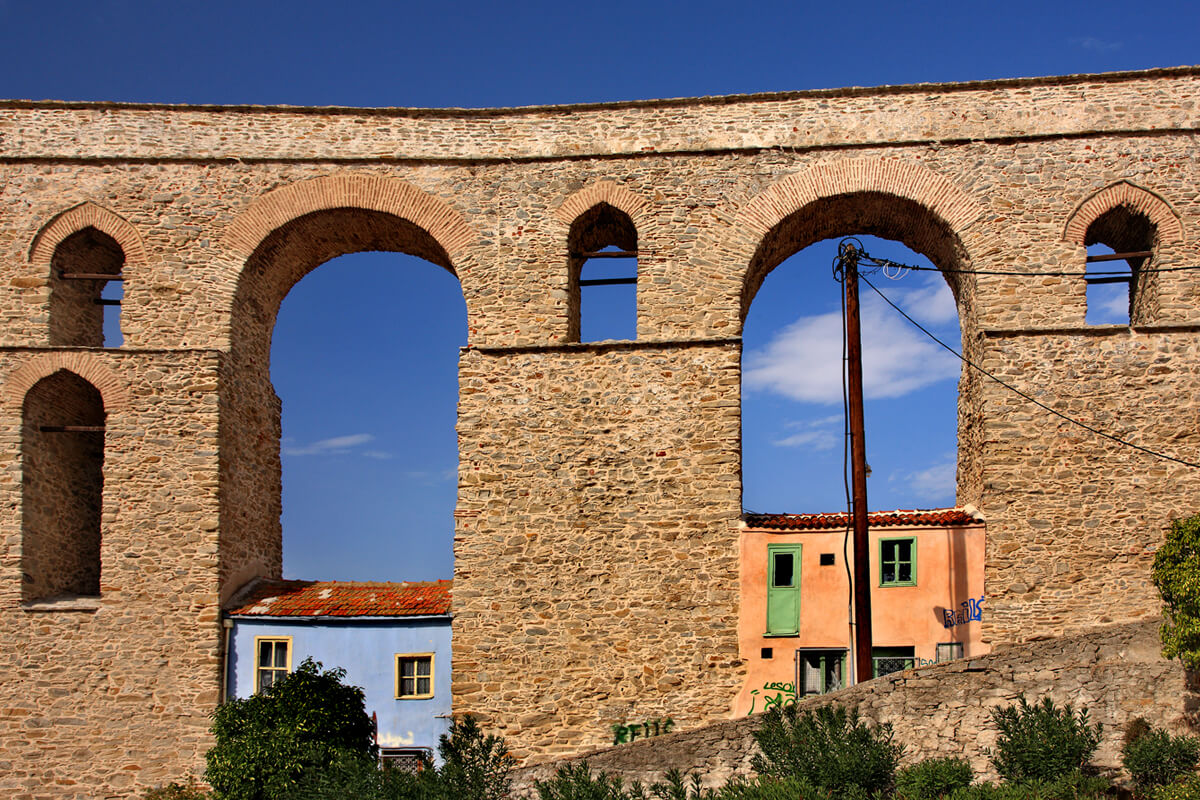 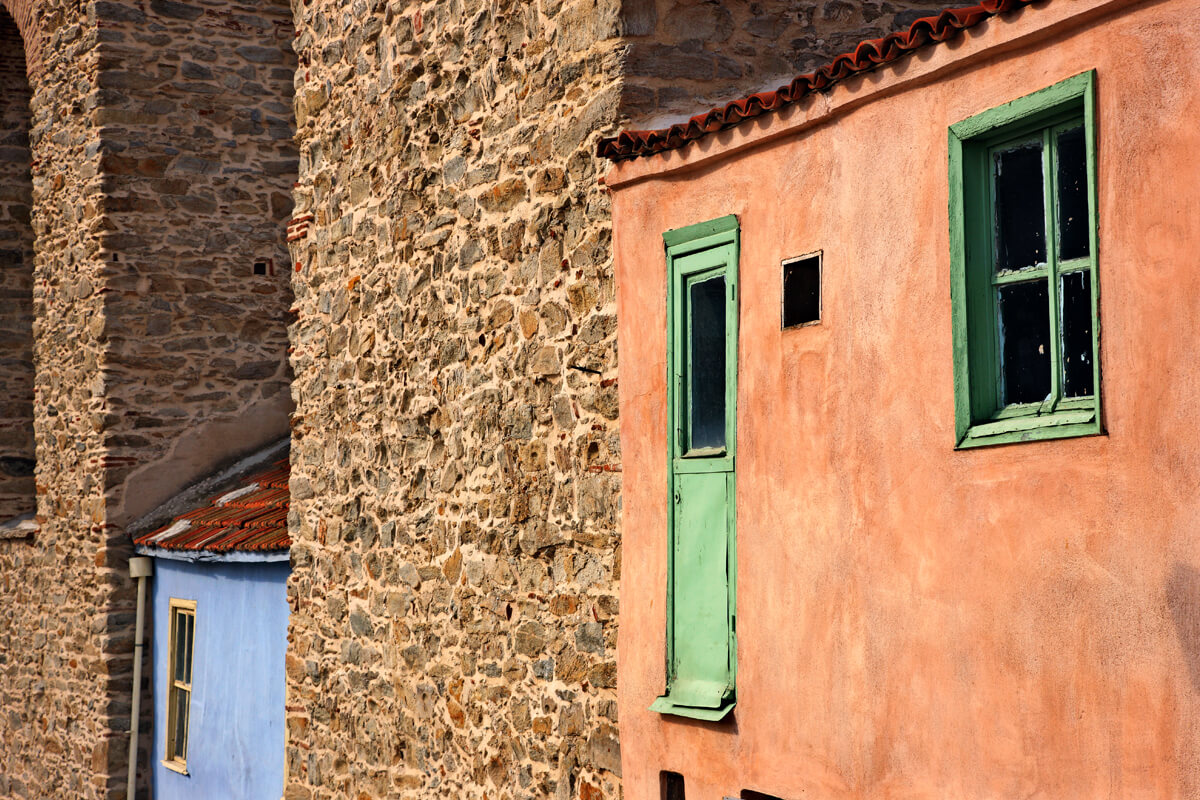 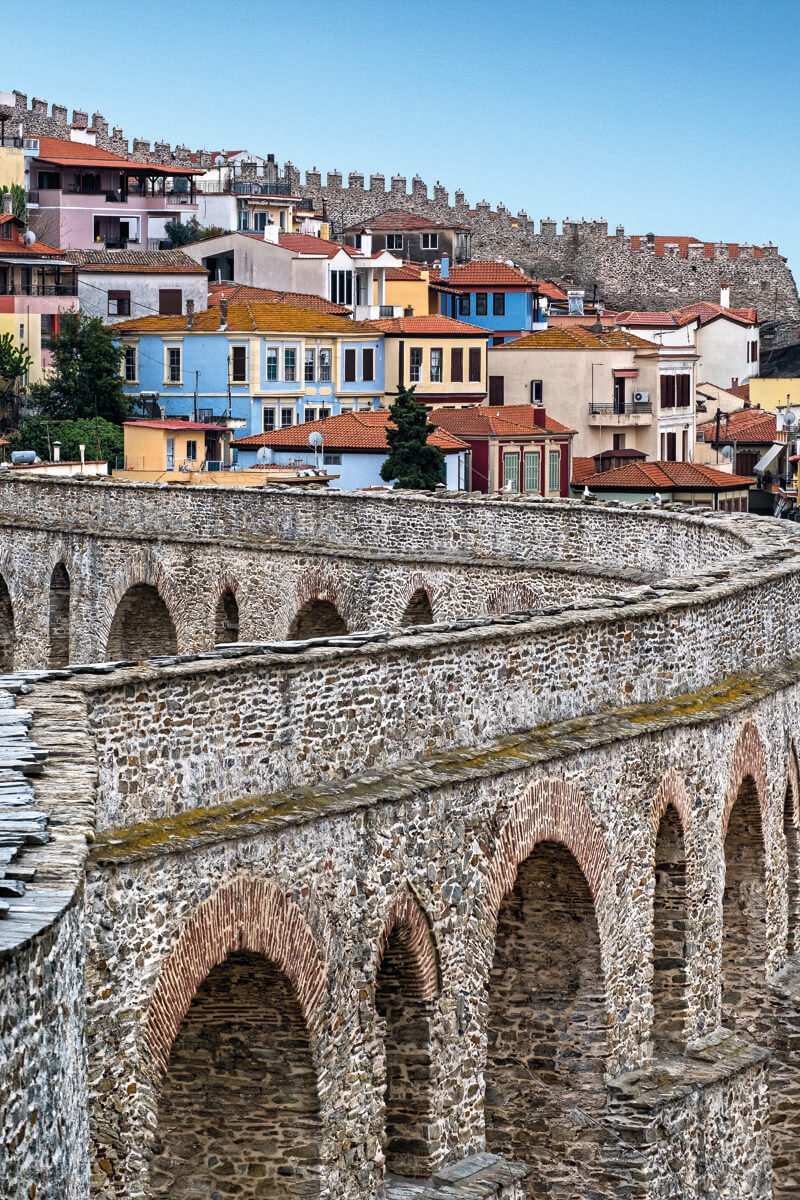 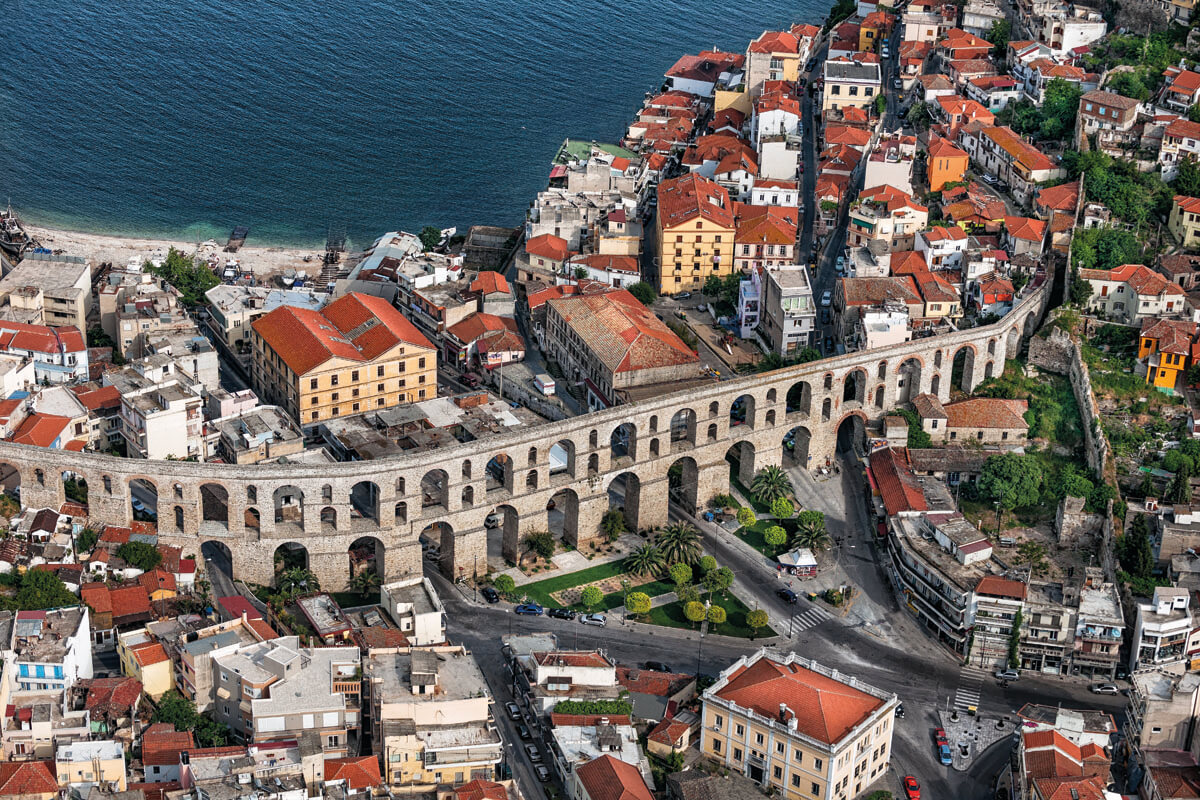 The most characteristic monument of Kavala is the large, arched aqueduct, known by the name “Kamares” (Arches), with a length of 270 m and a maximum height of 25 m. In the early 16th century, the arid peninsula of Panagia found a water supply in the streams that ran from the area of Old Kavala. The source of this water, which is located at an altitude of 400 m, is known as “the mother of the water”, “Soubasi” or the “three Karagatsia”. The Kamares in their present form date to the early 16th century and are attributed to Ibrahim Pasha, the vezir of Sultan Suleiman the Magnificent. They were built in 1520-1530, a period during which many infrastructure works were carried out in Kavala, with the aim of reconstructing the city after the destruction of 1391.

The Kamares are a huge structure, out of proportion to the size of the then insignificant settlement. It is believed that there had been a Roman aqueduct on this same spot, over the ruins of which the Kamares were built. This old aqueduct supplied water to the town of Kavala through the region of Suyol (su-yol: “waterway”) until the early decades of the 20th century. The Kamares are no longer of vital importance, but they maintain their beauty and grandeur and are a landmark of the town.