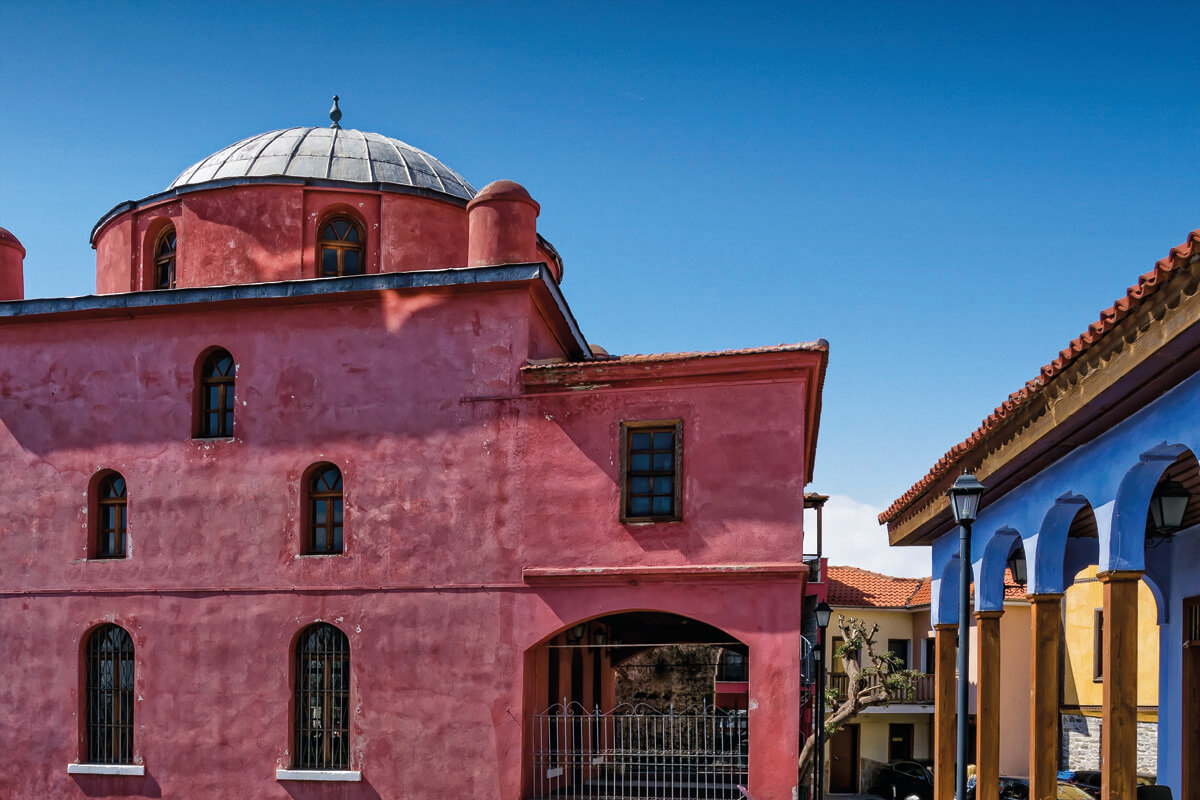 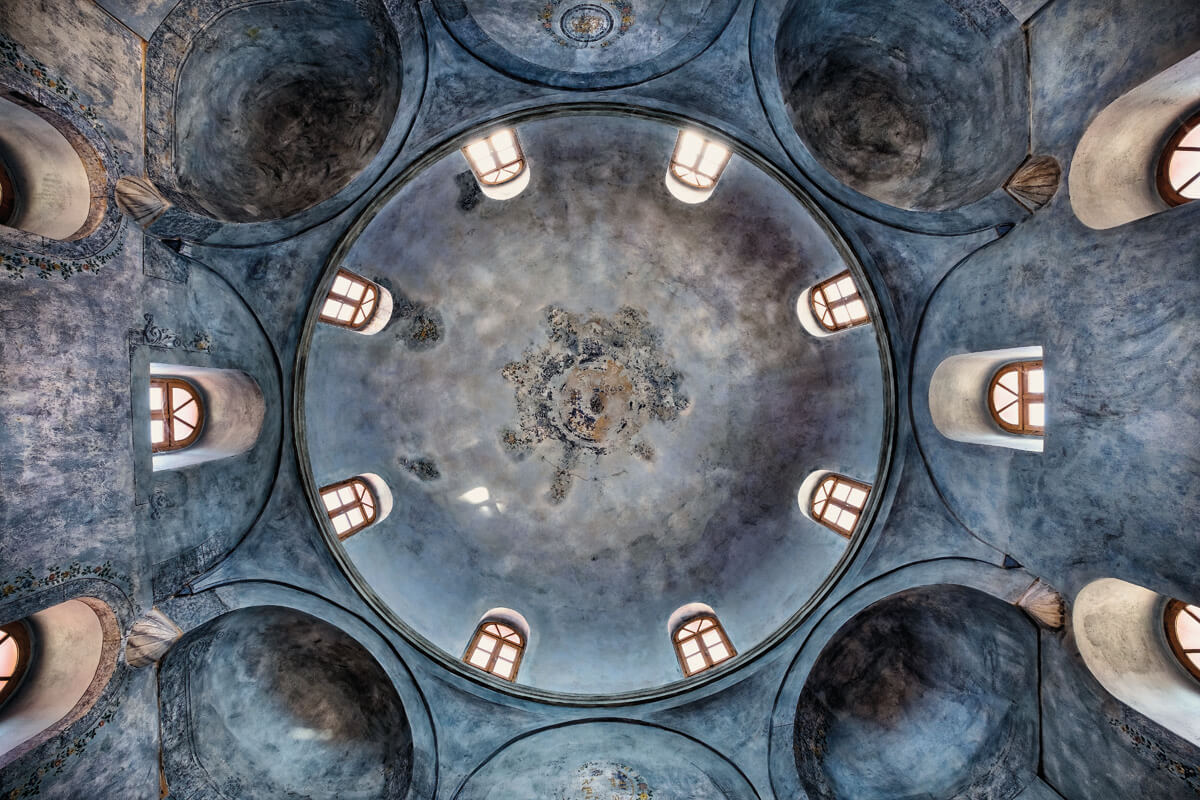 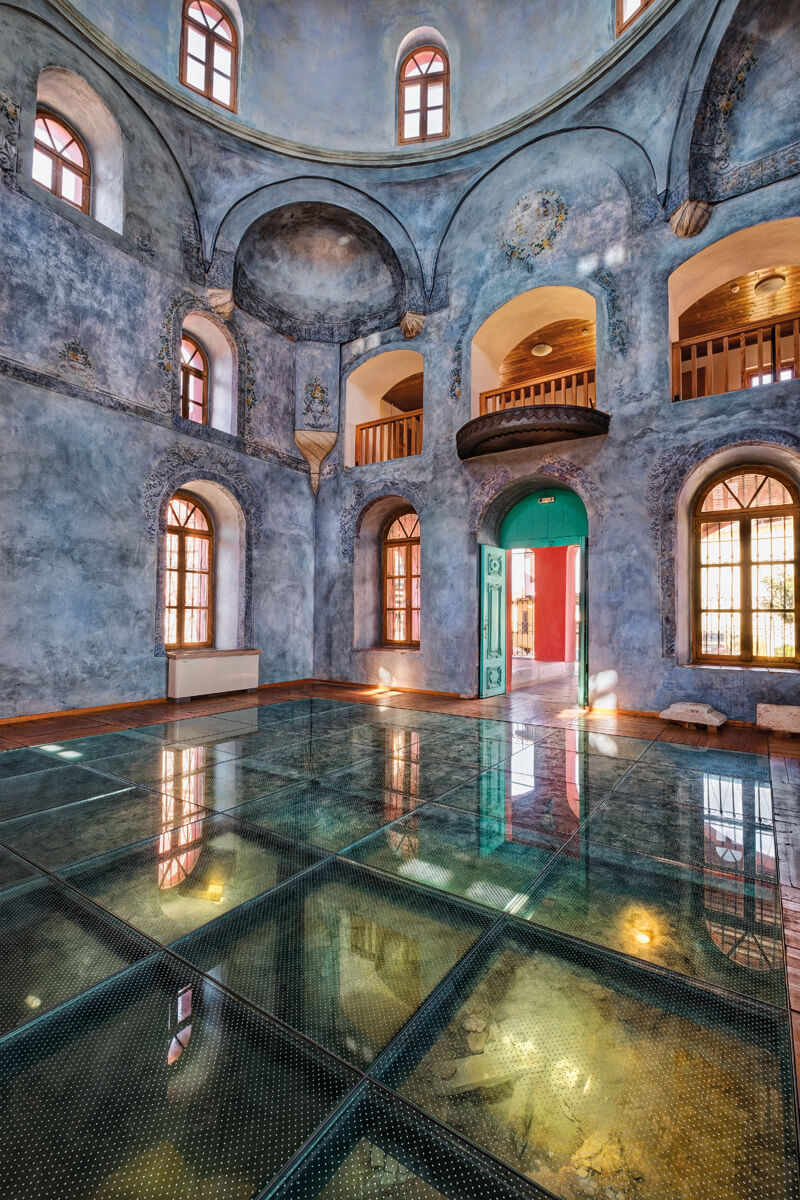 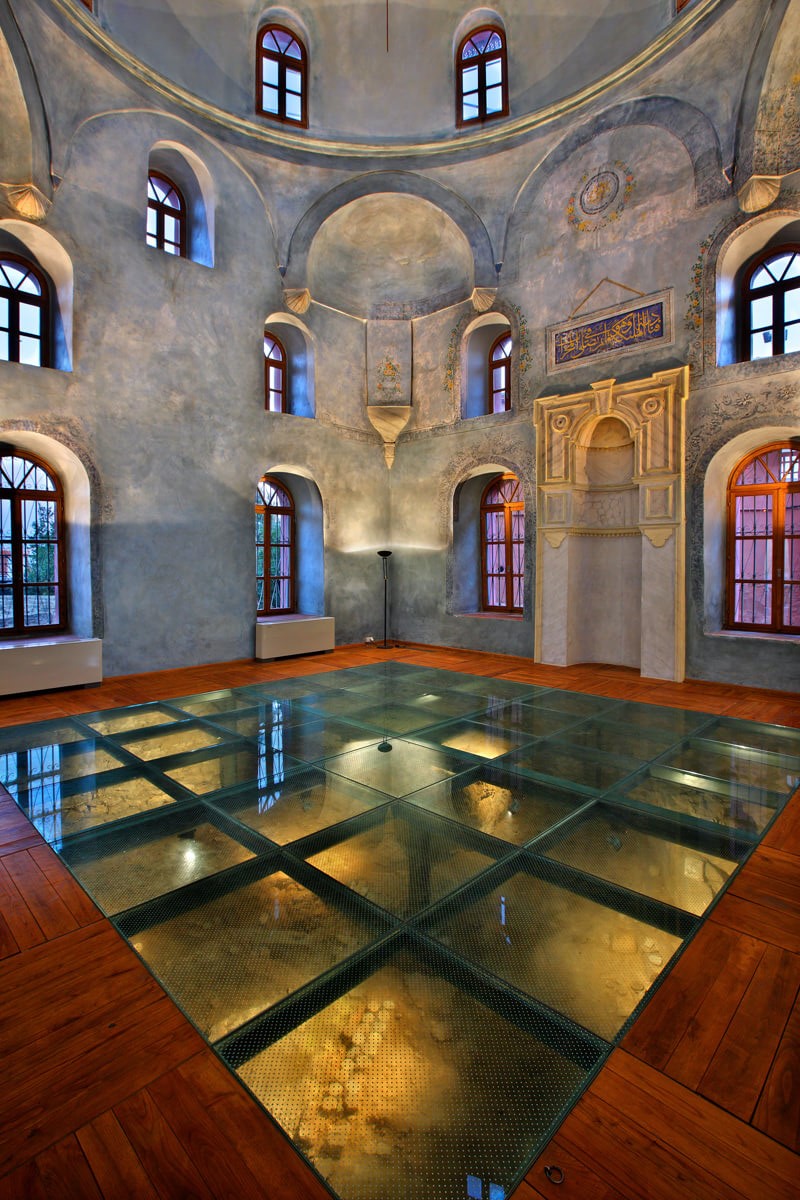 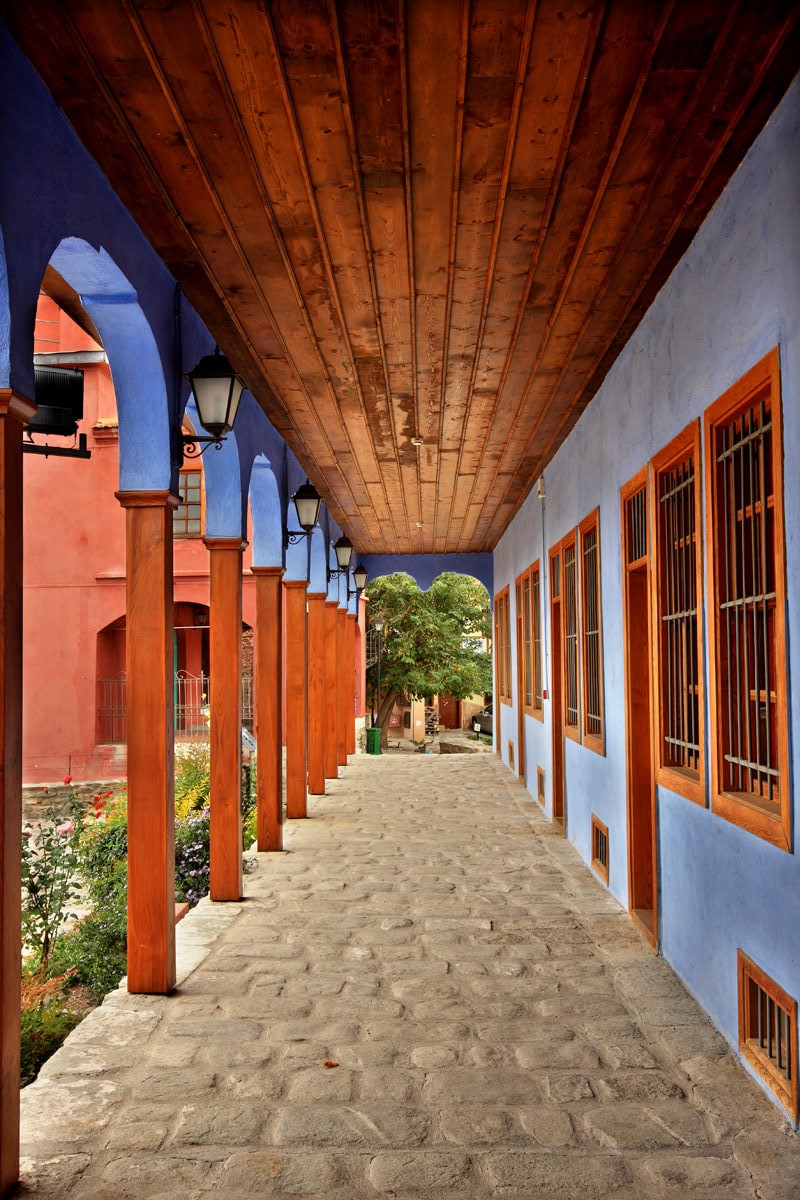 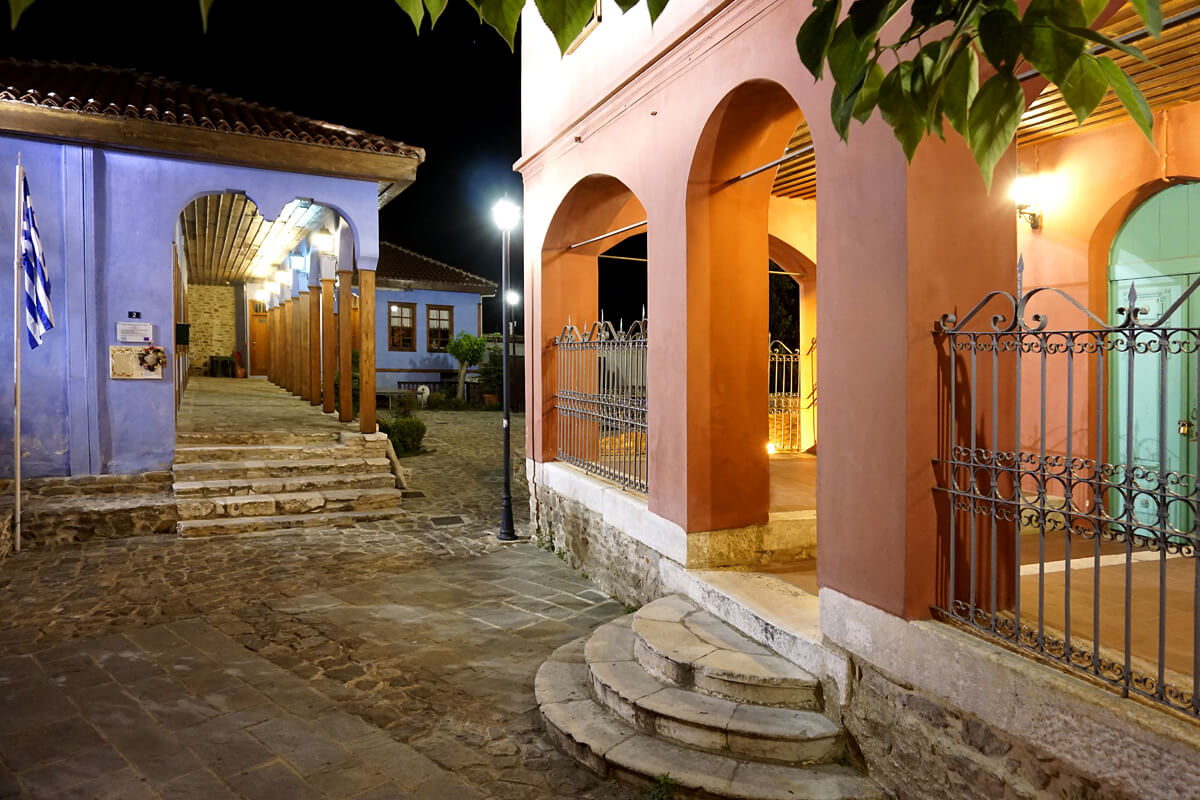 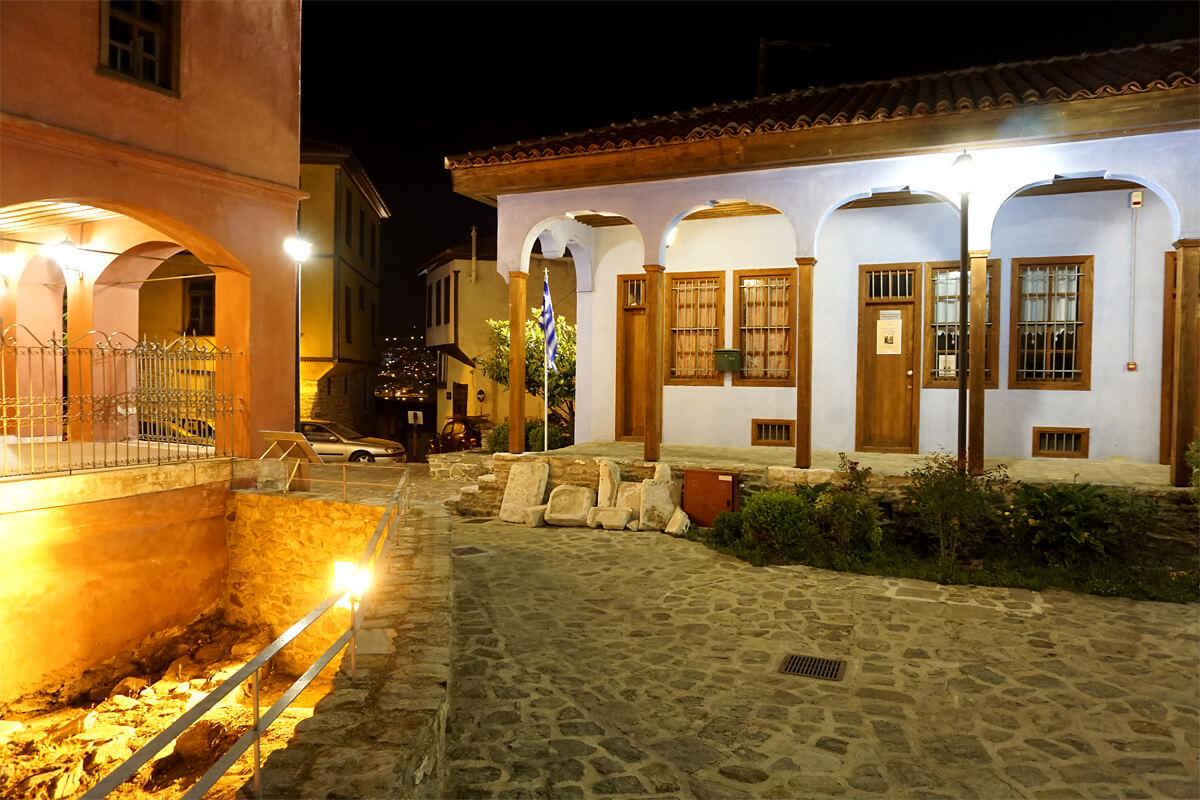 The Halil Bey Mosque is located at the centre of the peninsula, near the Castle and on roads that lead to the acropolis and the gates of the peninsula walls. It is believed that the mosque was built during the reconstruction of the town, in around 1530.

Excavations by the 12th Ephorate of Byzantine antiquities have uncovered the first Christian house of worship in the walled city on this spot, namely the three-aisled Early Christian Byzantine church of Agia Paraskevi (the remains of which can be seen through the glass floor of the mosque), as well as a small Byzantine-era cemetery. In the early centuries of Ottoman rule it was common practice for mosques to be built on the site of churches or for churches to be converted into mosques.

The mosque was part of a larger complex that also contained a madrasa (a seminary with eight rooms for the students), which also survives in a good condition.

In the early 20th century a girls’ primary school was also housed in the complex. From 1930-1940 the mosque housed the Municipality’s orchestra and so gained the name of “Music Mosque”. Today it is known as “Palia Mousiki”, that means Old Music.

After restoration and conversion work carried out by the Ephorate of Antiquities and the Municipality of Kavala, the space has now been opened to the public and it hosts many exhibitions and events both within the building and in its forecourt. The madrasa is host to folklore collections, social services and “To Kastro”, the cultural association of the district of Panagia.