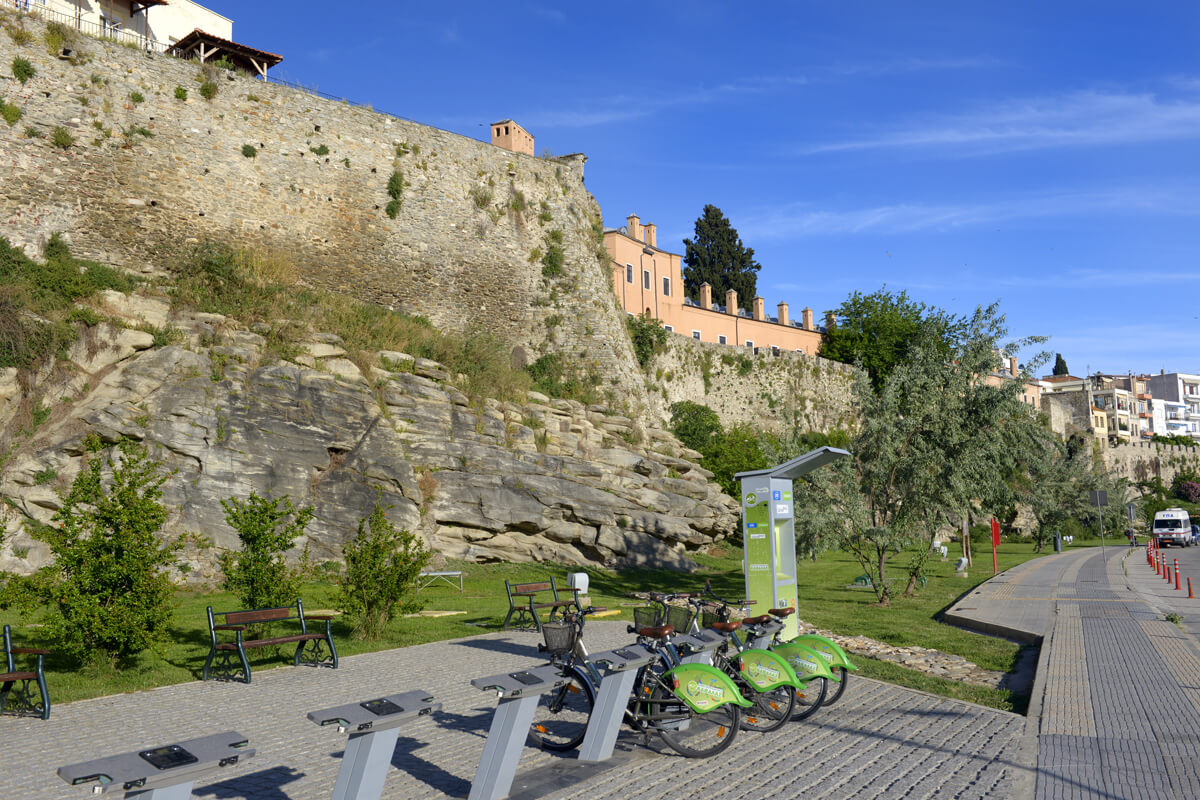 Its strong walls of the Thassian colony were most likely built in the early 7th century BC. The largest section of the coastal wall dates to the period of 1520-1536. After the catastrophe of 1391 and thanks also to natural wear and tear, the new 16th-century walls were built over the ruins of the earlier historical phases.

The first work to strengthen the fortress was carried out in 1425, during the hostilities between the Turks and the Venetians. The limits of the fortified city were extended to “run down” from its naturally fortified position, so as to include a flat piece of land next to the port. The walls of the town reflect the turbulent history of the 27 centuries of its continuous existence.

Today it is a wonderful place to take a walk, have a bicycle ride or just take a rest. The visitor strolling along the length of the walls will be able to admire the Imaret, the preserved buildings that are unified with the wall and also the wonderful balcony of the “House of the General”.

Opposite the car park of the Kavala Customs House
65302 Kavala