This is one of the most important footpaths in Kavala, not just for its aesthetic value but primarily for its historical and cultural value. 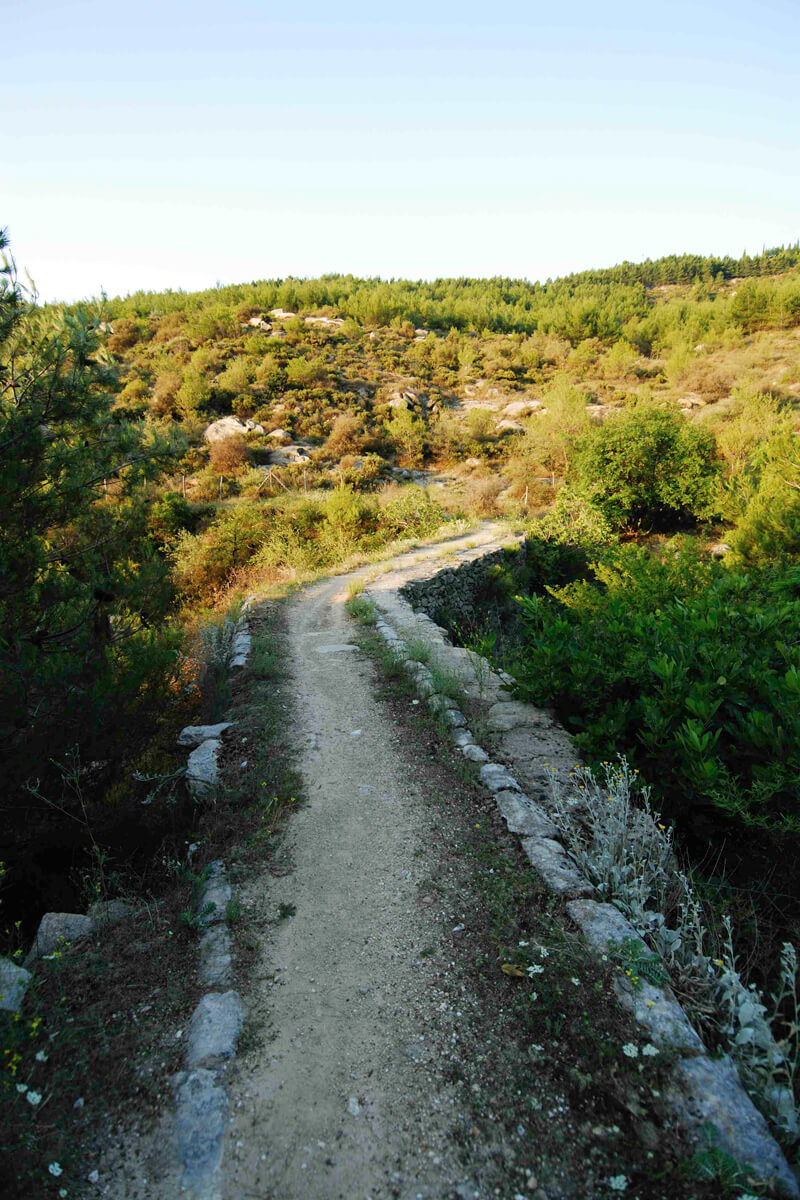 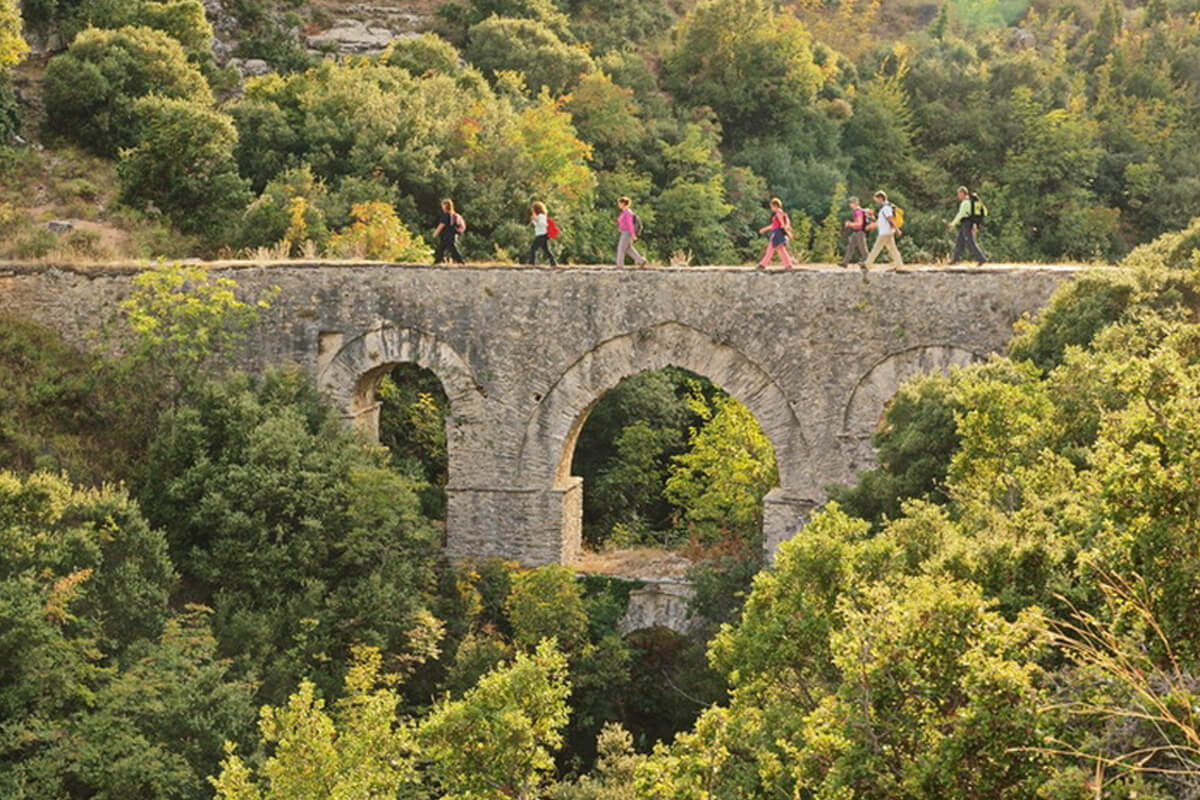 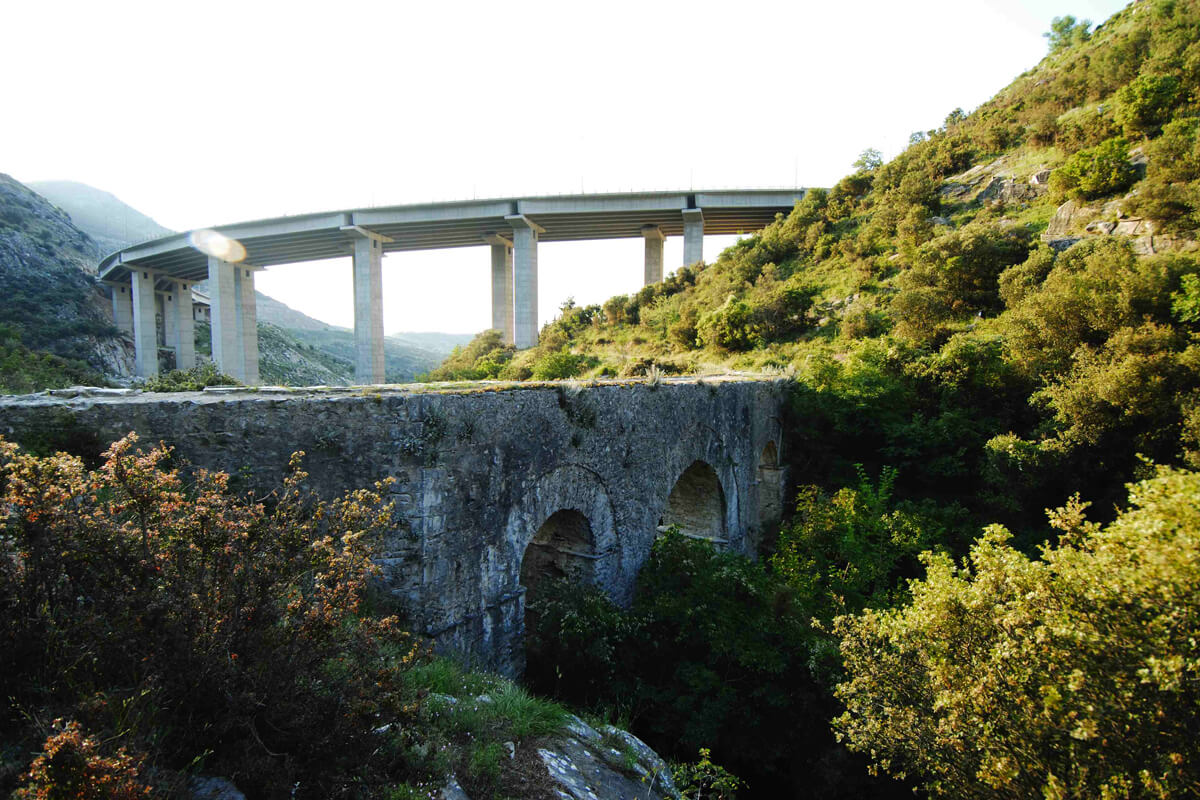 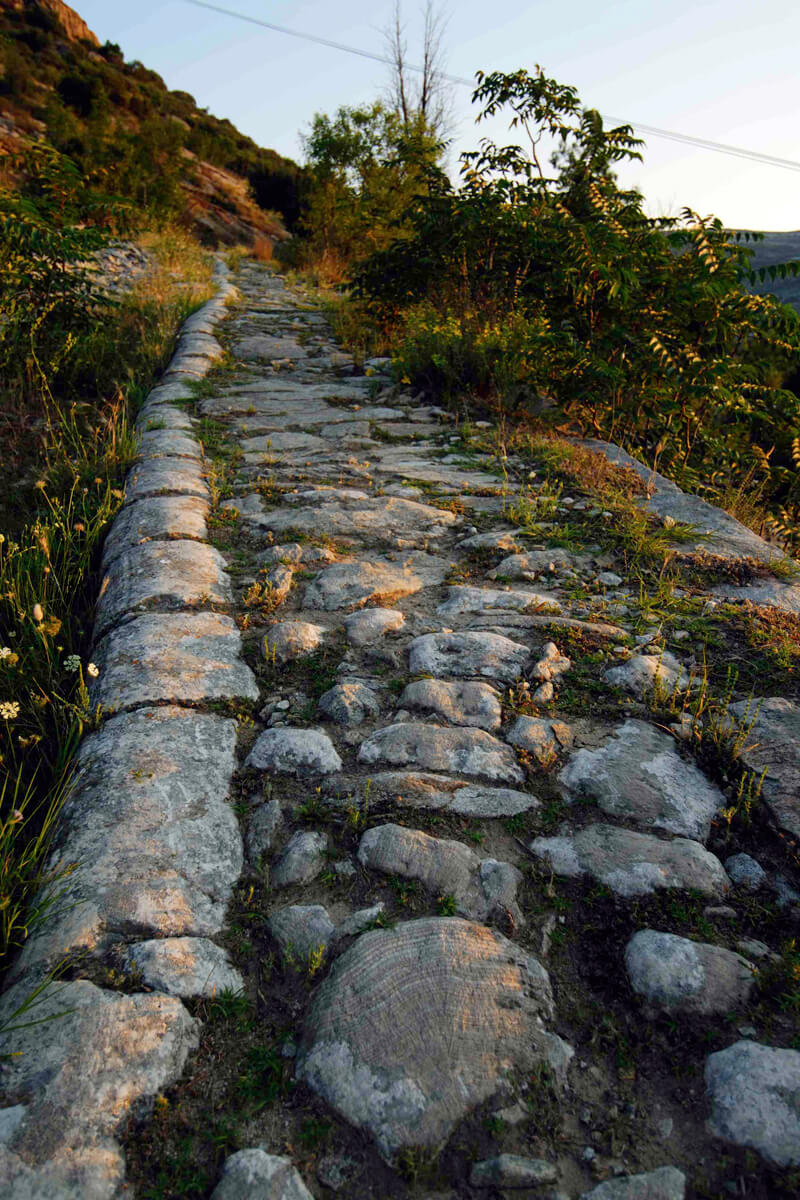 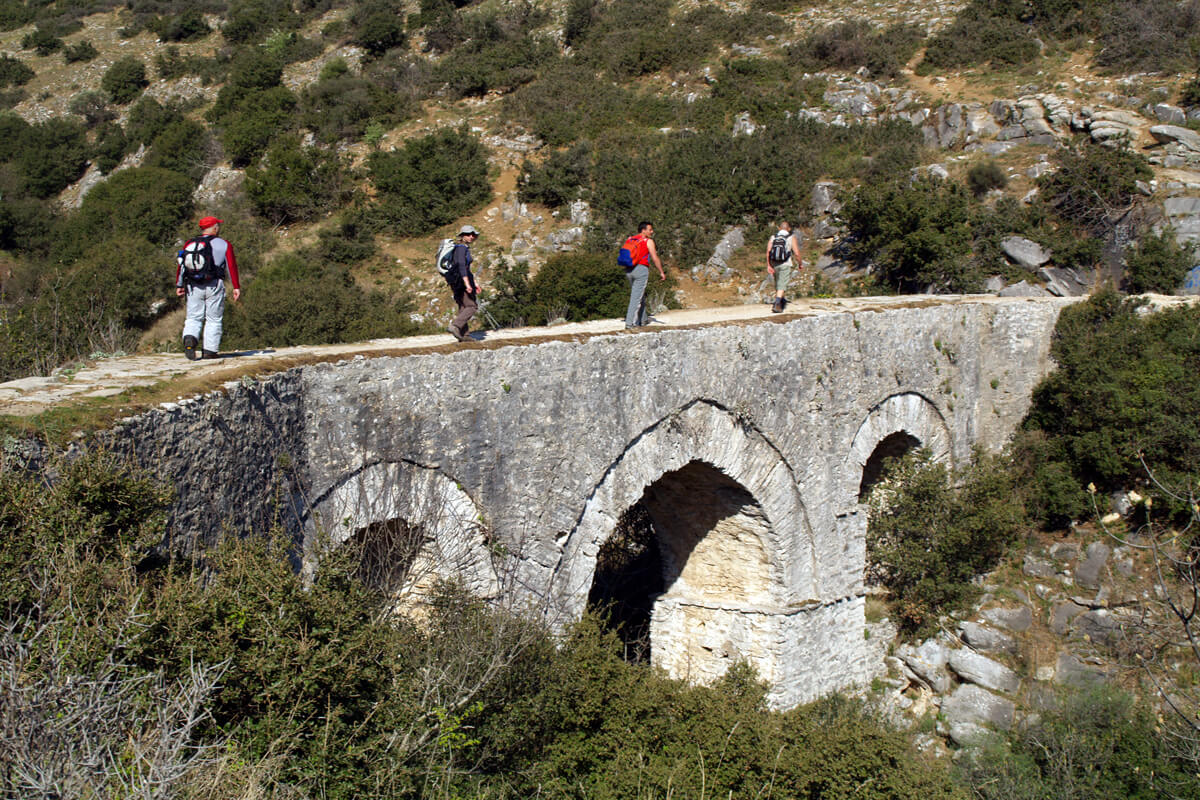 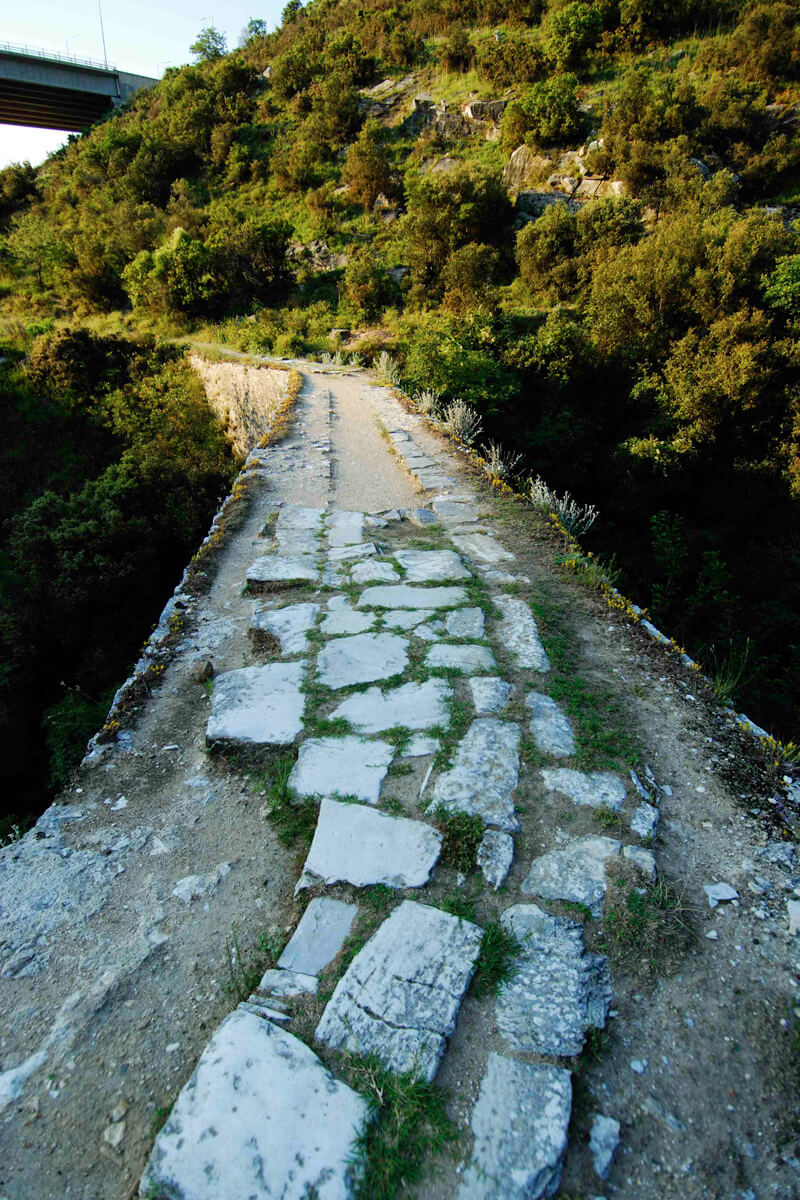 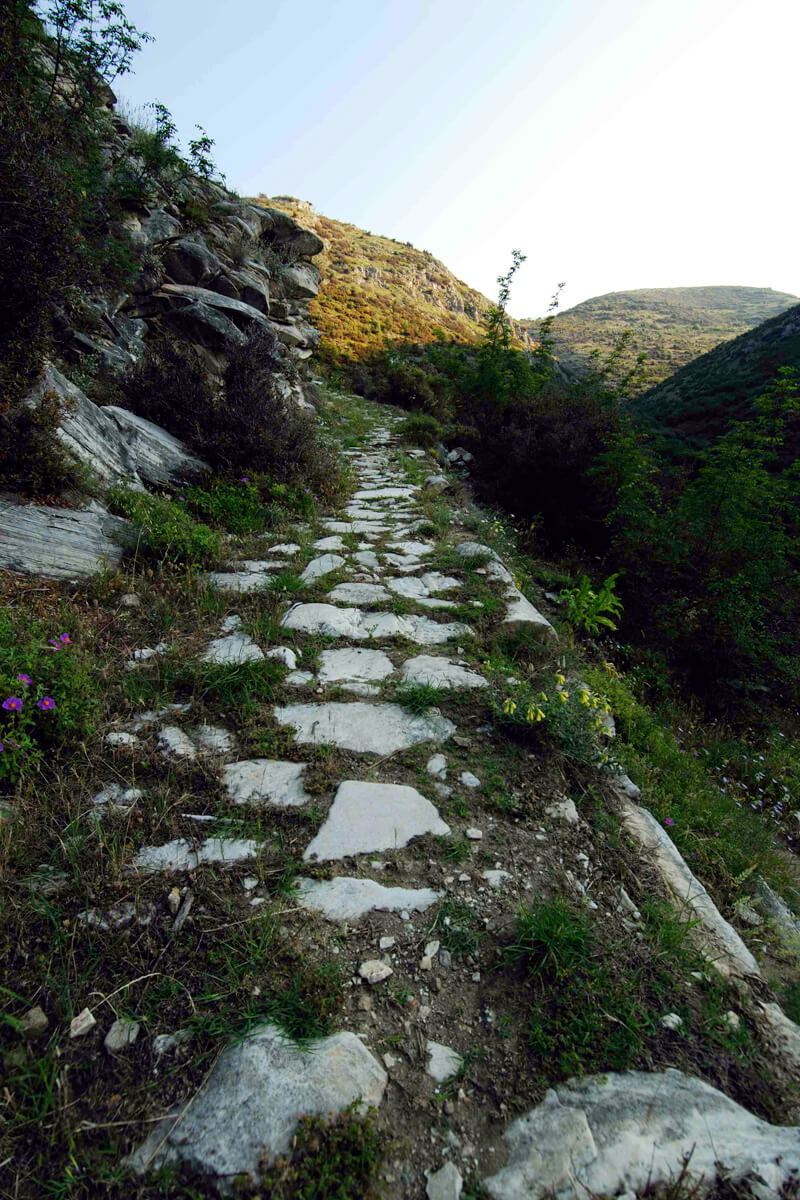 The first section takes the path that was also followed by the water, to supply the town during the Turkish occupation. The route passes via five stone bridges and winds up in the old covered ditch, through which the water flowed in order to reach the impressive aqueduct, now known as the Kamares (Arches) in Kavala.

The Greek Mountaineering Club of Kavala describes the route as follows:

The route begins at the little church of Agios Konstantinos, at the end of 13th Septemvriou Street.

It begins as a narrow dirt road that passes through plots of land and fields, and soon becomes a wide footpath. Once you have passed the first bridge – there is a fountain at the side, where you can get drinking water – you will leave the last houses behind you and come to the paved section of the footpath. From here and for some time, you will be accompanied by the beautiful view over Perigiali.

The footpath then narrows and passes through pine trees, to reach a characteristic stone bridge, at a distance of 2 km from the starting point.
Continue on the dirt road that was opened in order to build the Via Egnatia, and which will lead you to the large bridge over the gorge of the motorway. As you cross the bridge, the size of the gorge below inspires awe and admiration. You will also feel admiration for the largest and most beautiful stone bridge of the route, which is adjacent to the modern bridge. It has three arches, its central one being in two rows because of the great depth of the gorge.

Two km separate you from the source. The paved footpath, without any other modern interventions, passes yet one more bridge and ascends along an impressive route next to the stream with dense vegetation. There is much water here, and at several points the slabs that covered the channel have moved and so allow it to run freely over the footpath. The final metres until the “Mother of Water” are rather steep, but its refreshing waters will alleviate any tiredness. It takes approximately 2 hours to reach this point.

From this point on, in order to continue to the village of Palia Kavala, you will have to follow the enclosure fence around the land that is in front of the spring. The route is not very clear, both due to a lack of signage and because local flocks pass here and form their own footpaths. Going in a north-westerly direction, passing through abandoned fields, you will ascend until you reach the dirt road. Follow it to the right for ten minutes (approximately 500 m) then turn to the left in order to take the footpath for the village.

The footpath is now clear and “traverses” the slope, while the extensive view across the plain to Philippi and Pangaio is magical. At the end of the slope, the footpath descends to Palia Kavala, which starts to come into view further down. You will pass a few unused plots of land and quickly end up at a dirt road with a fountain and plane tree. Descend towards the stream, which you can cross via a small bridge. The last uphill stretch leads you to the first houses and the central road of the village. 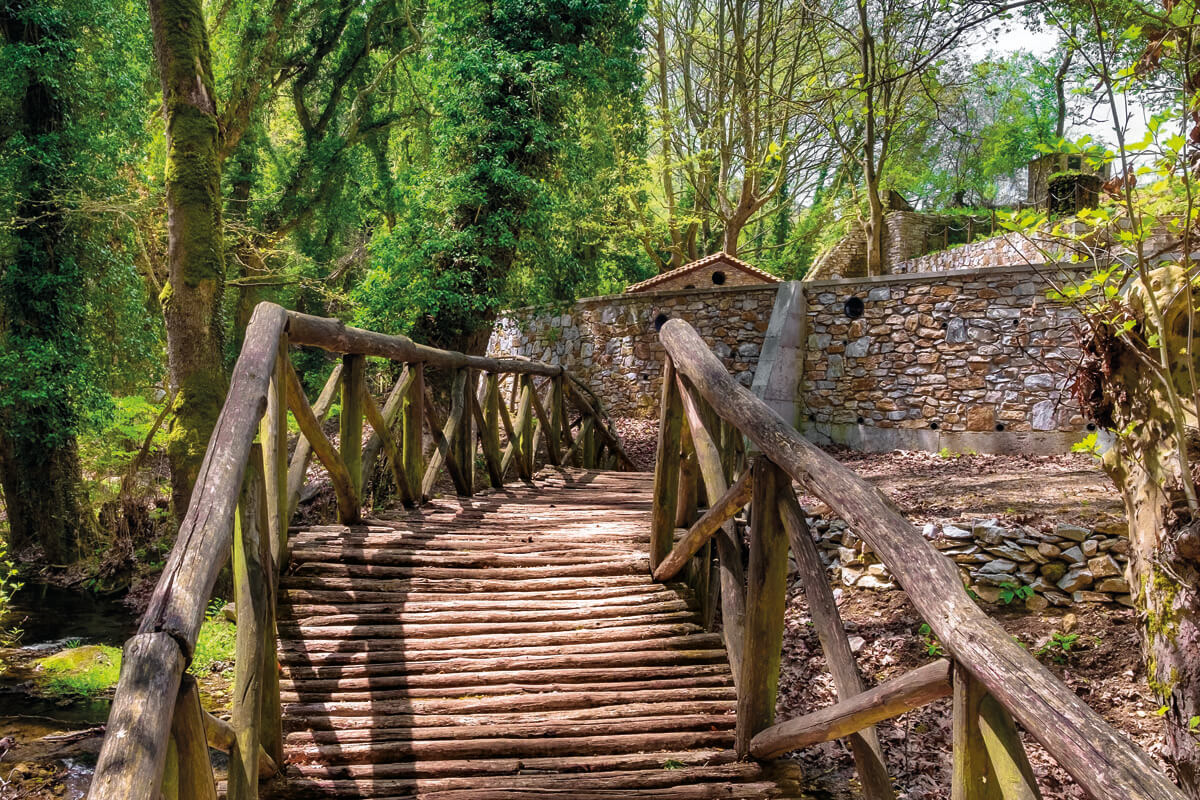 One of the most beautiful walking routes that is well worth discovering is the nature trail of Palia Kavala. 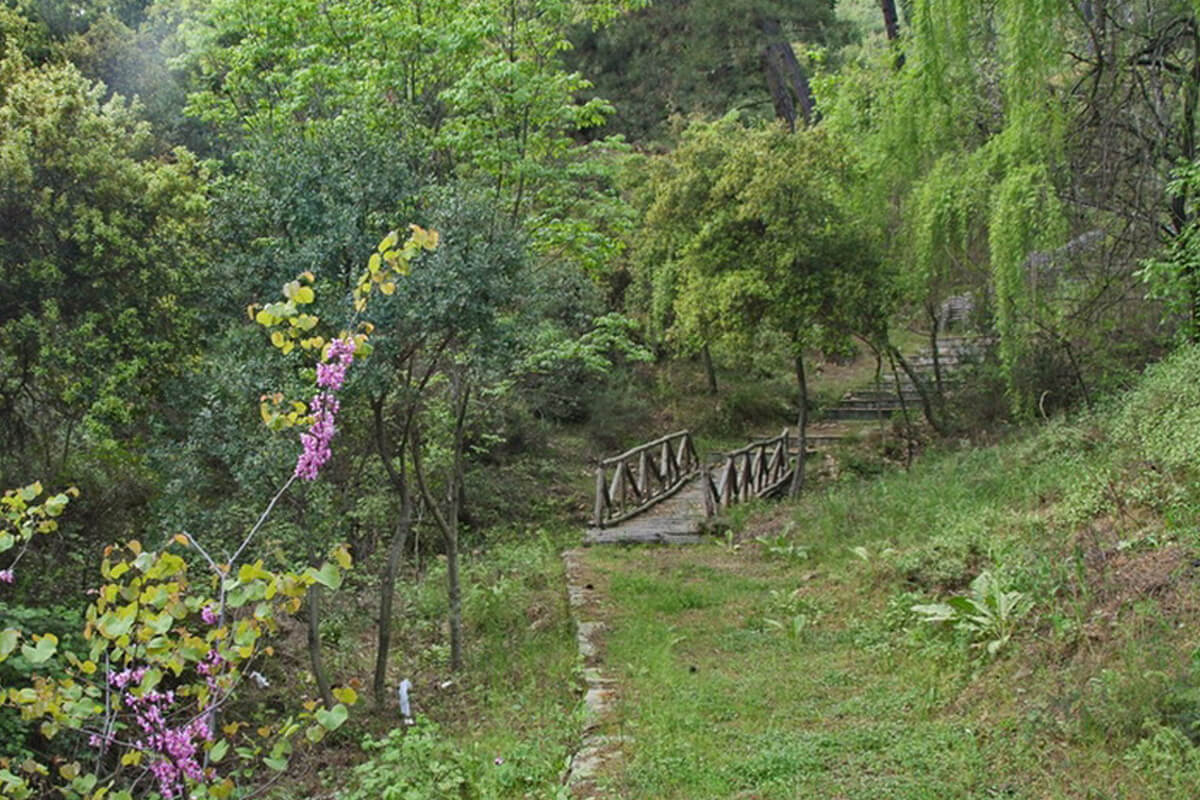 The suburban forest of Kavala

Suburban forests, in addition to their aesthetic and environmental benefits for urban areas, offer the inhabitants of towns quick... 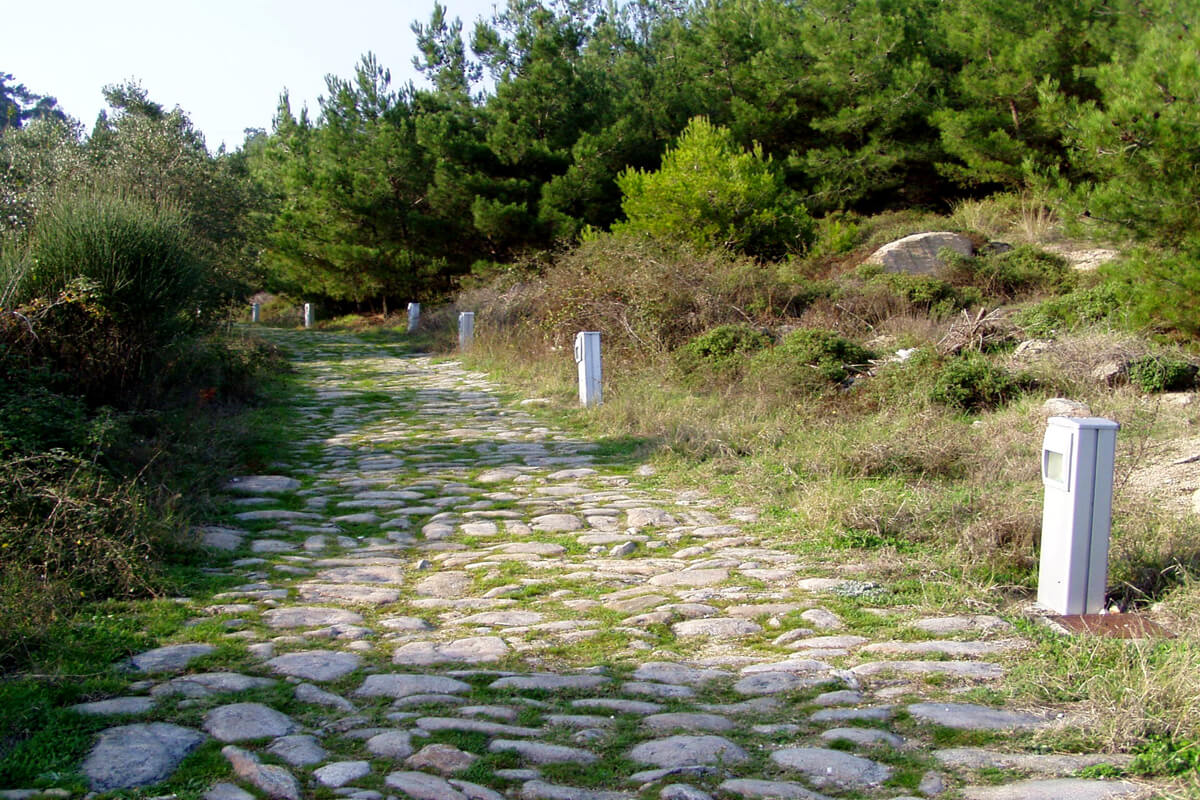 The town of Kavala has the good fortune of preserving at its outskirts a large section of the ancient...