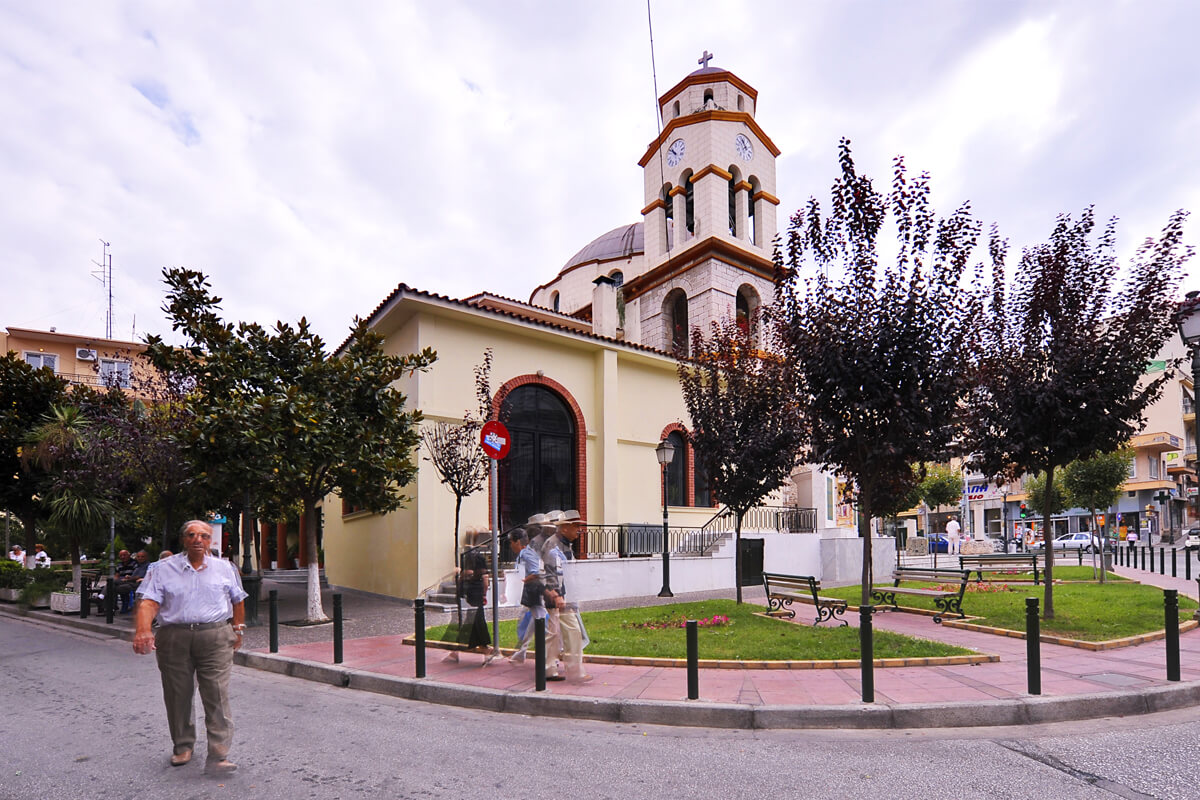 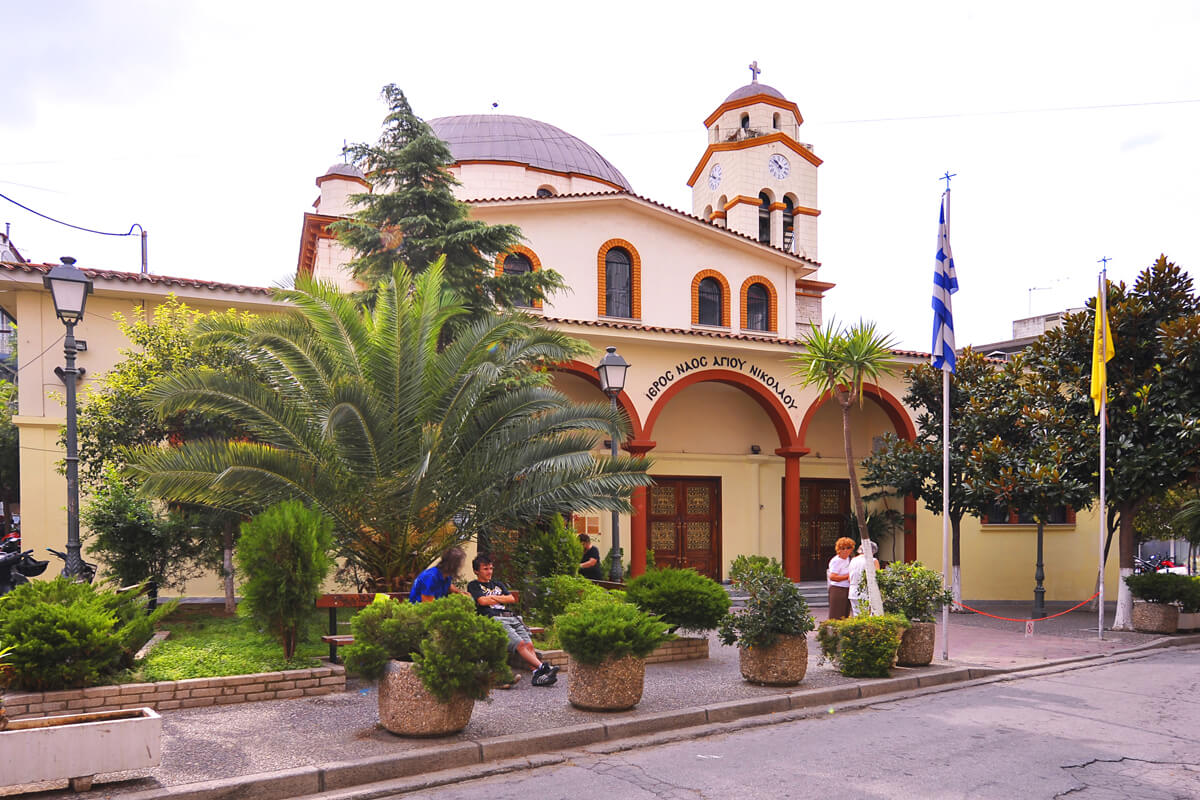 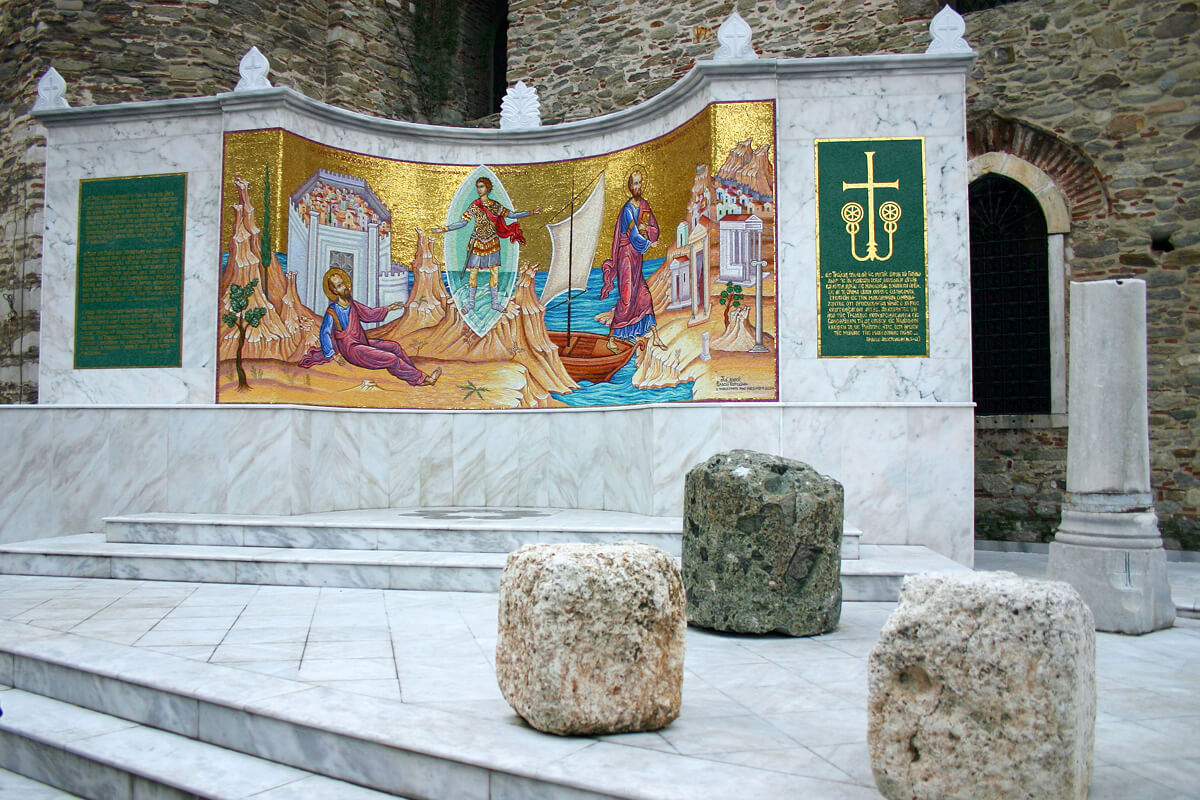 The building of the church of Saint Nikolaos was erected in the mid-16th century and functioned as a mosque with the name of Ibrahim Pasha, who in 1530 had been the vezir and brother-in-law of Sultan Suleiman the Magnificent. This was the main mosque in the Old Town of Kavala and, given its position, it dominated its central market and was part of a wider complex called the Imaret, which was comprised of public benefit institutions (mosques, madrasas, poor houses, inns, baths, shops). It was converted into a church in around 1926, and in 1945 it was consecrated and named after the patron of the seas, St Nicholas (Agios Nikolaos).

At the spot where the church stands today, and before it a mosque, there had once been an Early Christian basilica, remains of which survive in the Bema of the Apostle Paul. This basilica may have been dedicated to St Lazarus or to the Apostle Paul. Its architectural style is surprising for an Orthodox church, as it still retains an Islamic design on the exterior, with the addition, of course, of a belfry at the base of the old minaret. The chapels of St John Chrysostom and St Demetrius as well as the narthex are later additions. The church is thus considered to be triunal. The right aisle is dedicated to St Demetrius, the left aisle to St John Chrysostom and the central aisle to St Nicholas (Agios Nikolaos).

The point at which the founder of the local Church and apostle to the nations disembarked, following a vision in which an unknown Macedonian man had bid him to “come over to Macedonia and help us”, was located in the vicinity of the church by His Beatitude the Bishop of Philippi and later Archbishop of Athens and All Greece, Chrysostomos Hatzistavros. At this spot in 2000, the Apostolic Metropolis of Philippi, Neapolis and Thassos, under His Grace Metropolitan Bishop Procopius, erected a monument in memory of the event of the Apostle Paul’s arrival and his spreading of Christianity throughout the continent of Europe.