At a distance of just 3 km from Kavala, following the Thessaloniki-Kavala National Road and at the exact point where it unites with the surviving sections of the famous old Via Egnatia, is the Holy Monastery of Apostle Silas. The monastery celebrates on 30 July, the commemoration day of St Apostle Silas.

With the participation of all the Kavaliots, after the town was liberated, the construction of a church in honour of Paul the Apostle was completed in 1926. Later, in 1937, work started on the construction of a second monument, in honour of St Apostle Silas. In 1946, the church of St Silas was converted into a monastery, after the destruction it had suffered at the hands of the Bulgarians during the occupation. 1956 marked the next stage in the life of the monastery, as on an initiative of the late Metropolitan of Philippi, Chrysostomos, and the thousands of tobacco workers, a fundraising campaign held a raffle to raise money for the monastery, with which the buildings were built.

Within the grounds of the monastery there is a marble plaque marking the spot where Apostles Paul, Silas, Timothy and Luke sat to rest during their visit to Neapolis. 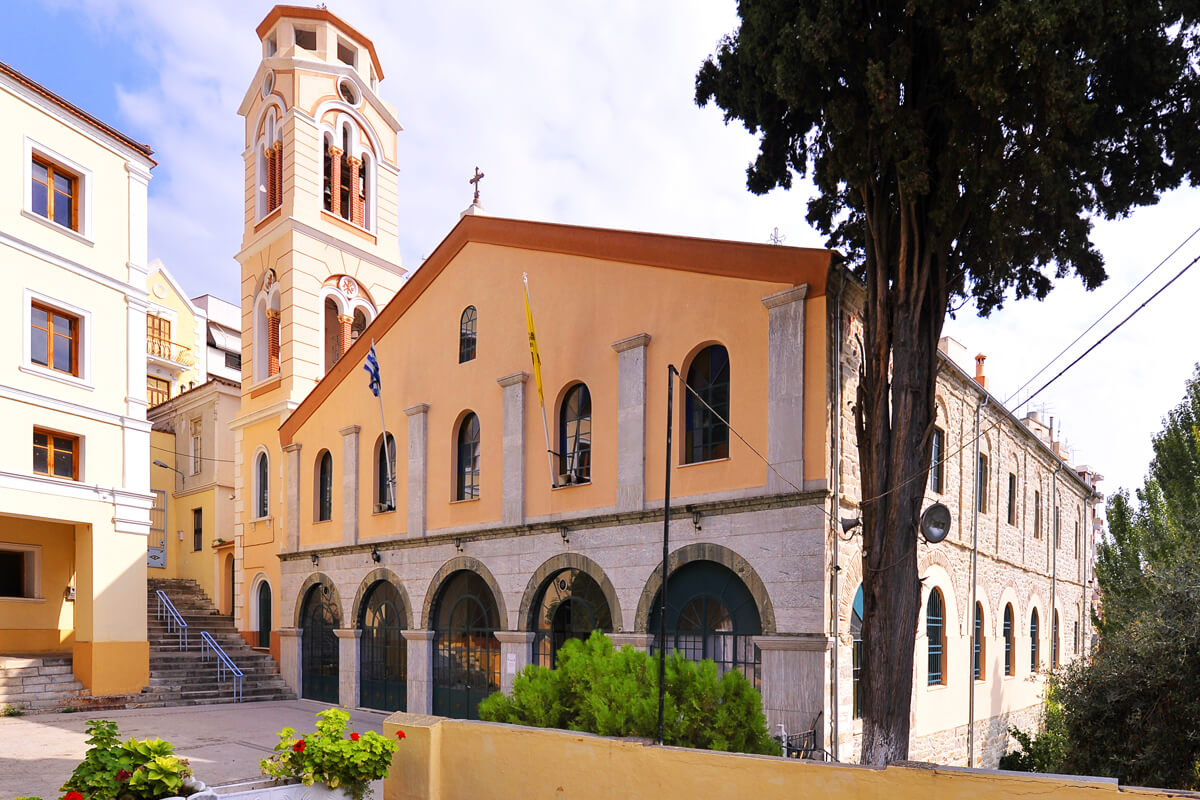 In 1864, the Greek Orthodox community of Kavala gained the right to build a district outside of the town...