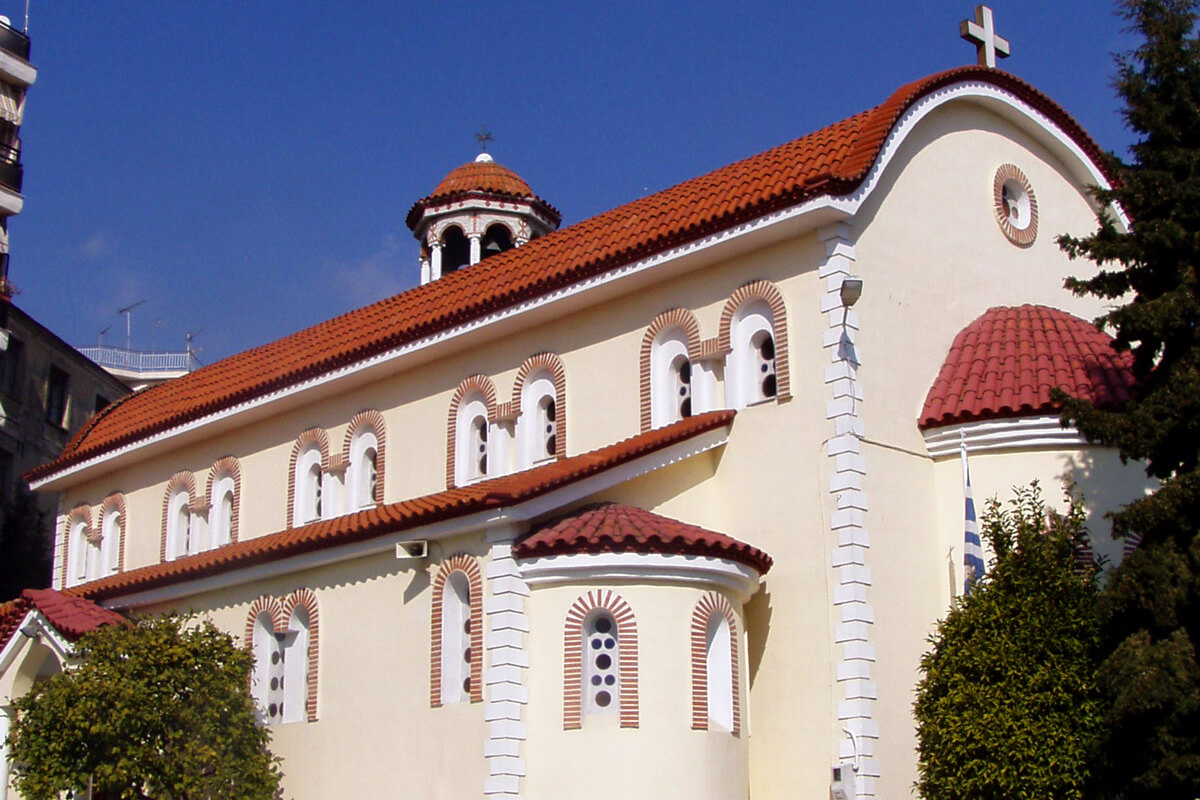 The church of Saint George in Kavala, in the area of the same name in the centre of the town, was founded by refugees after 1922, primarily by Thracians and specifically those from Sterna in East Thrace, who had settled in the district of Saint George. There had been a mosque here, upon which a committee placed a cross and took the decision to convert it into a church with the name of Saint George and to place within it icons and relics that they had brought with them from the lost homelands.

The chapel of Agia Marina was demolished in 1983 (her icon was transferred to the left aisle of today’s church). By 1985, the new building was ready and equipped with all the necessary furniture and holy vessels for its task. The painting of the iconography on the walls began in 2004. The church is a three-aisled basilica with a dome.