A stroll through the Old Town of Kavala is an experience that you will want to have and have again: to walk through its cobbled lanes, gaze at the magical view, read favourite passages, try new flavours and aromas, discover the successive layers of the long history of the town that, among other things, has plenty of fascinating stories to tell. 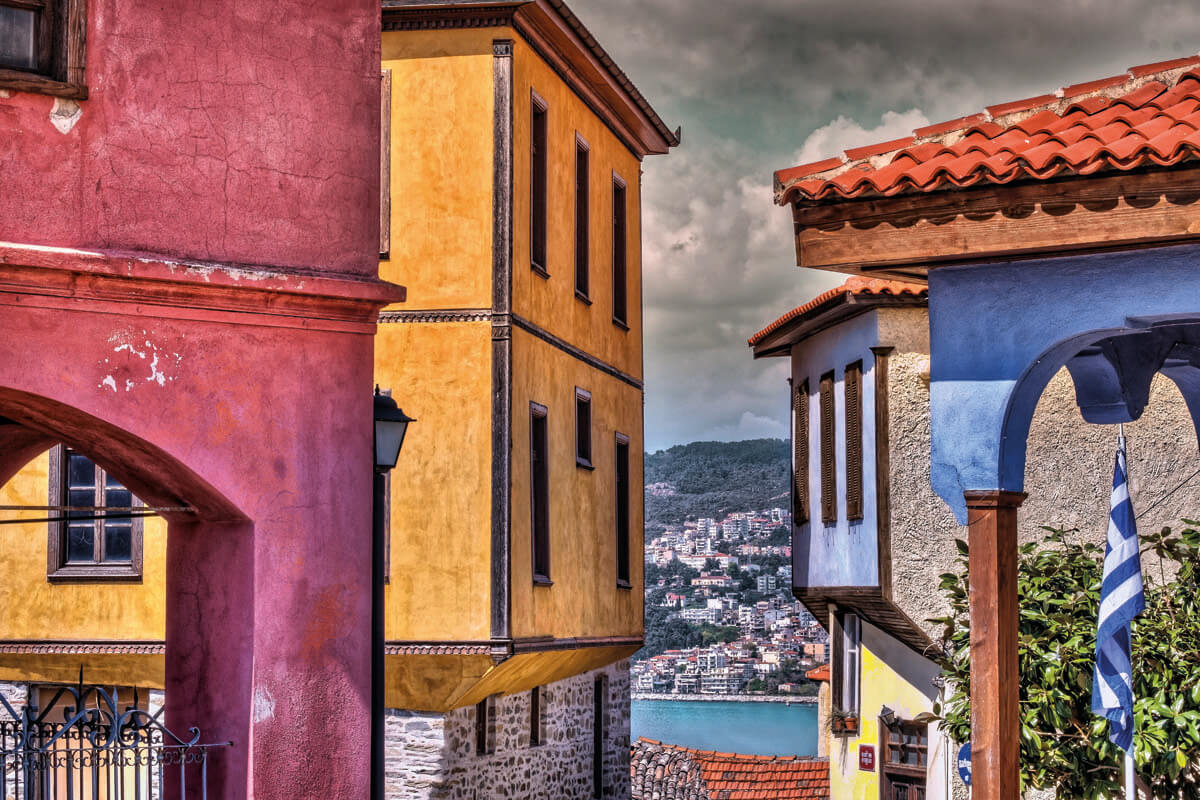 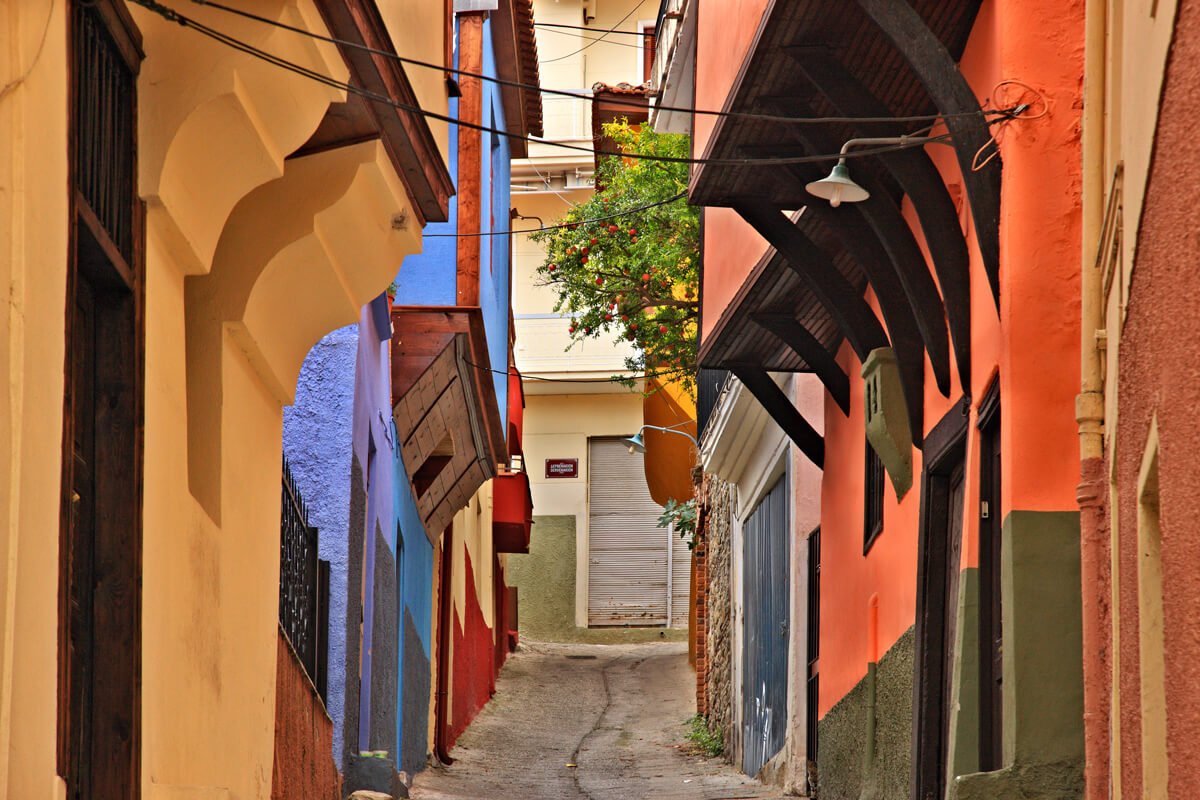 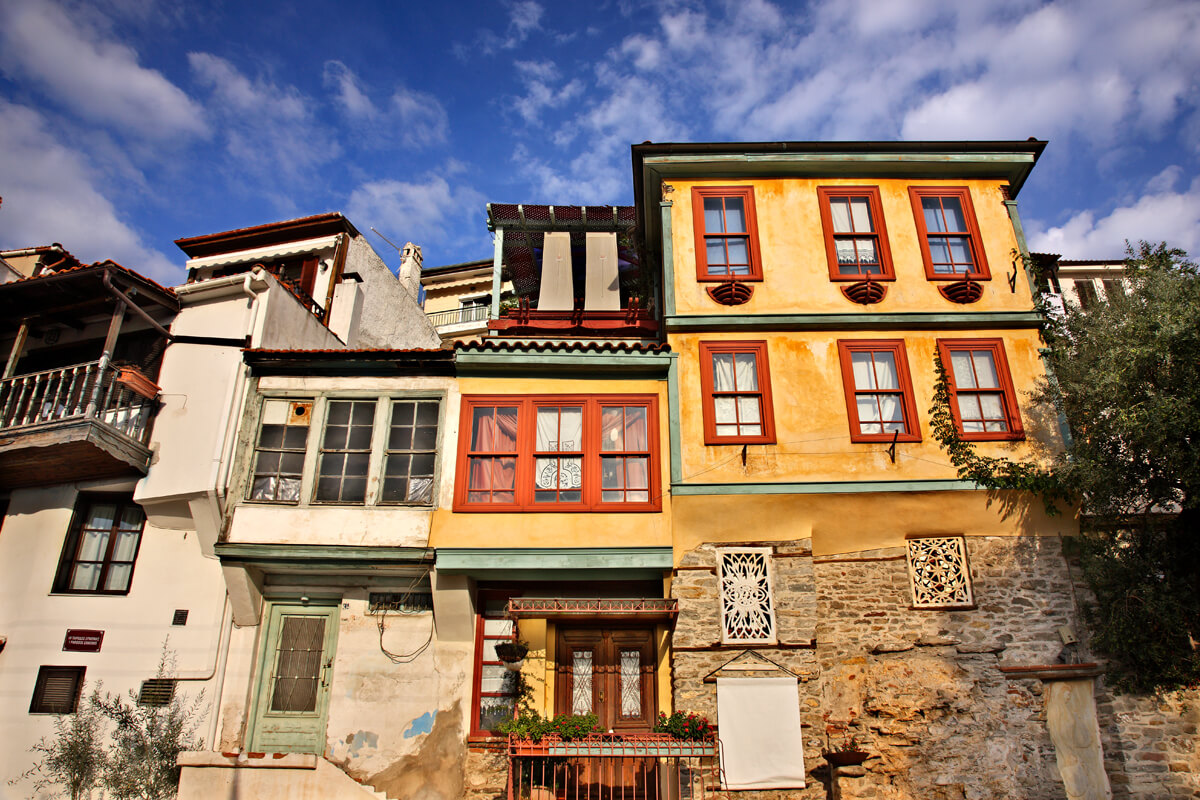 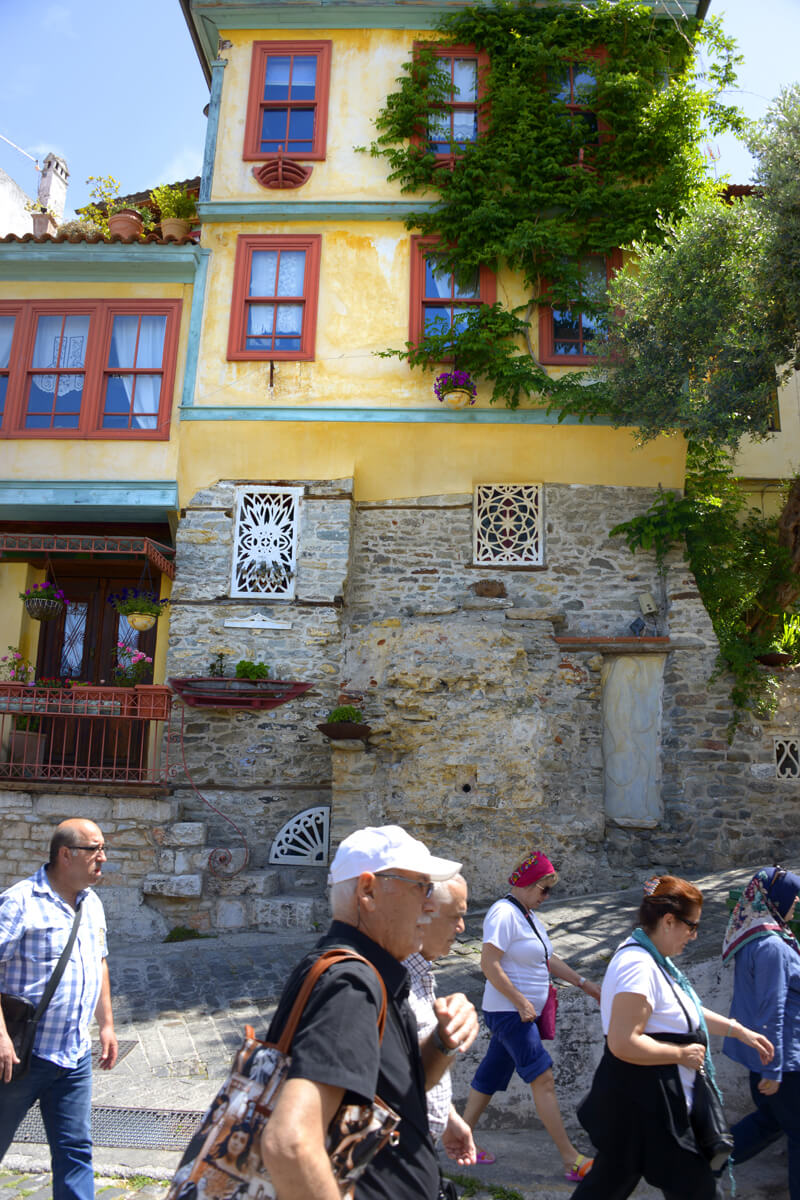 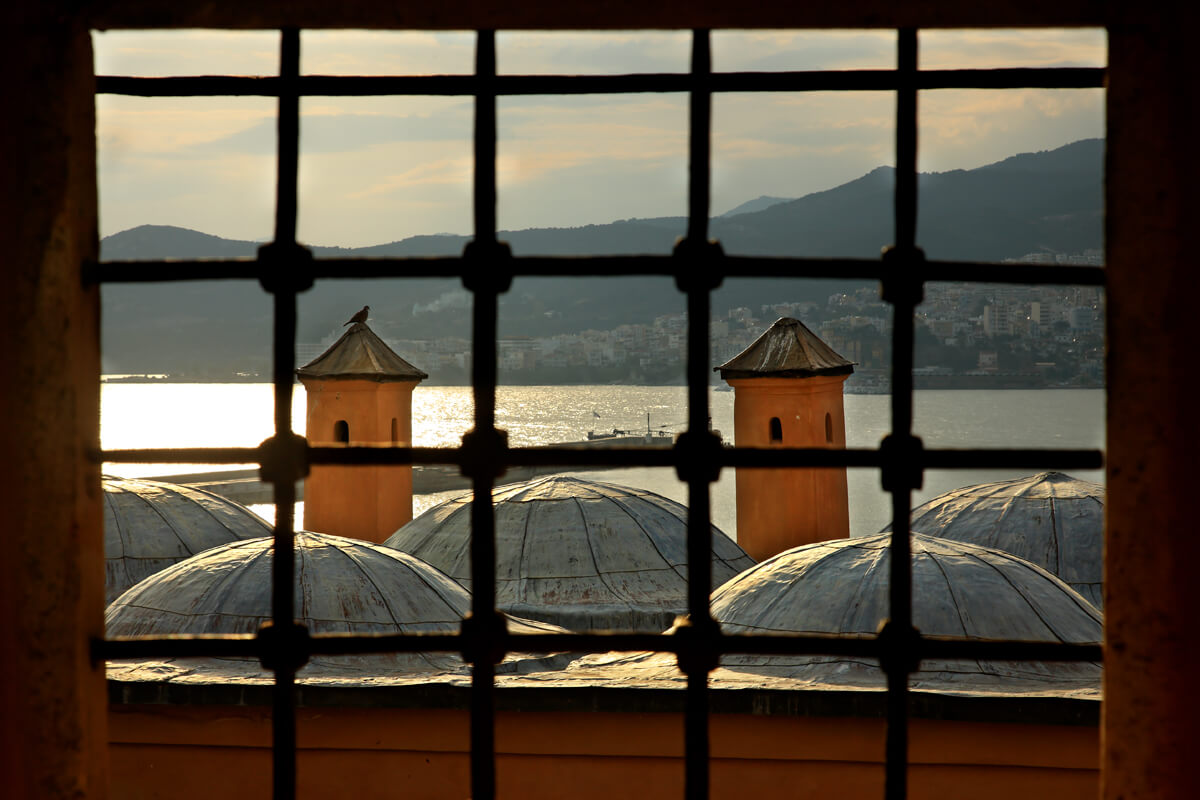 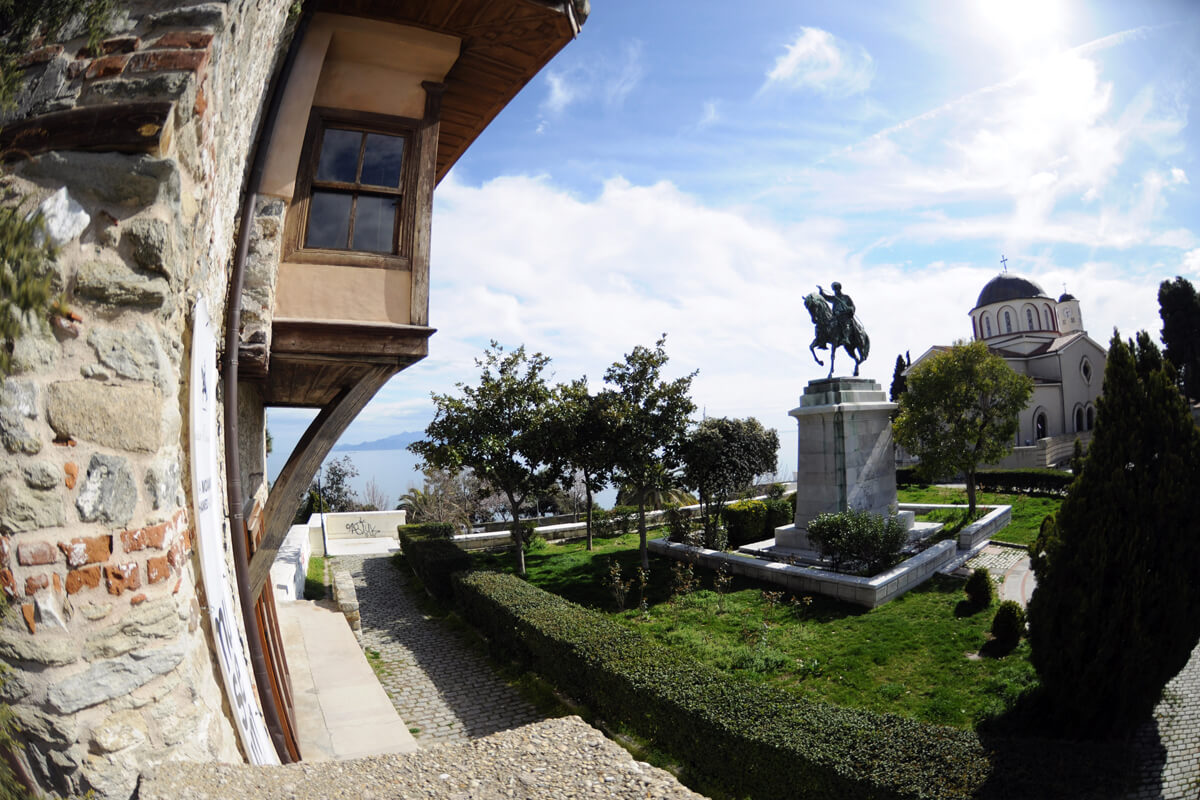 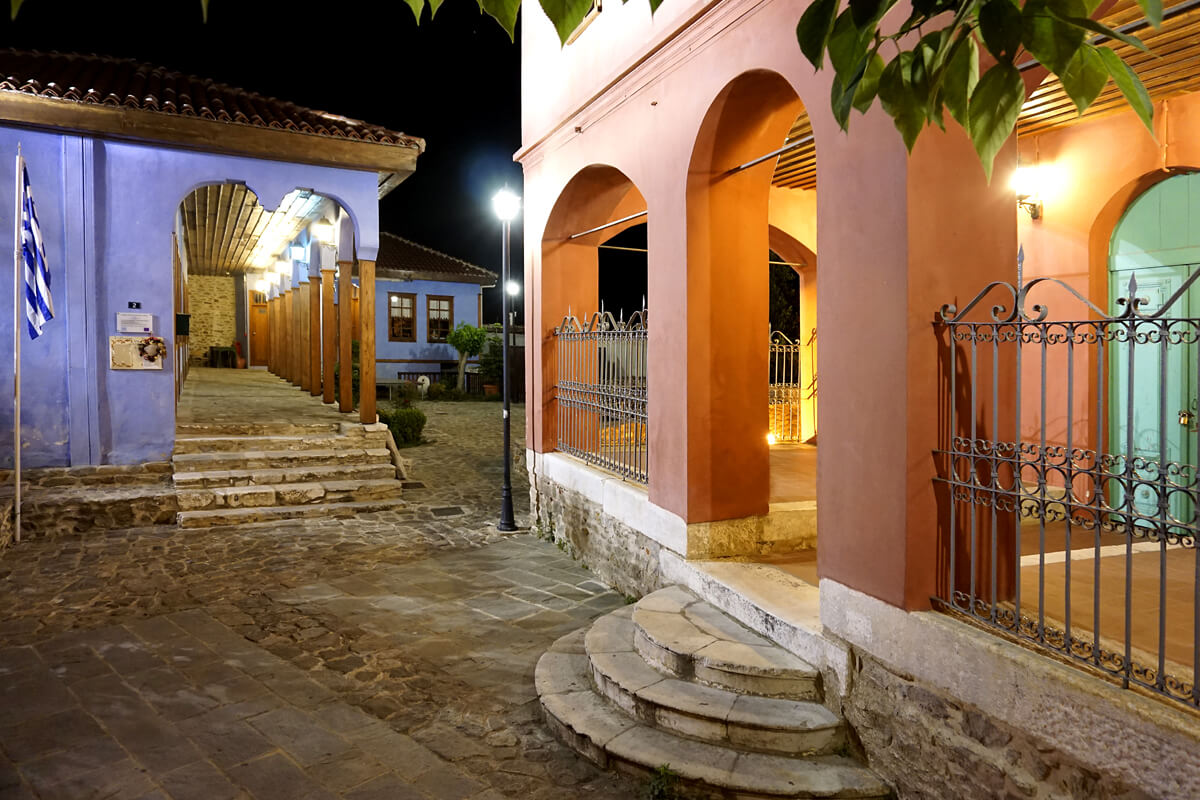 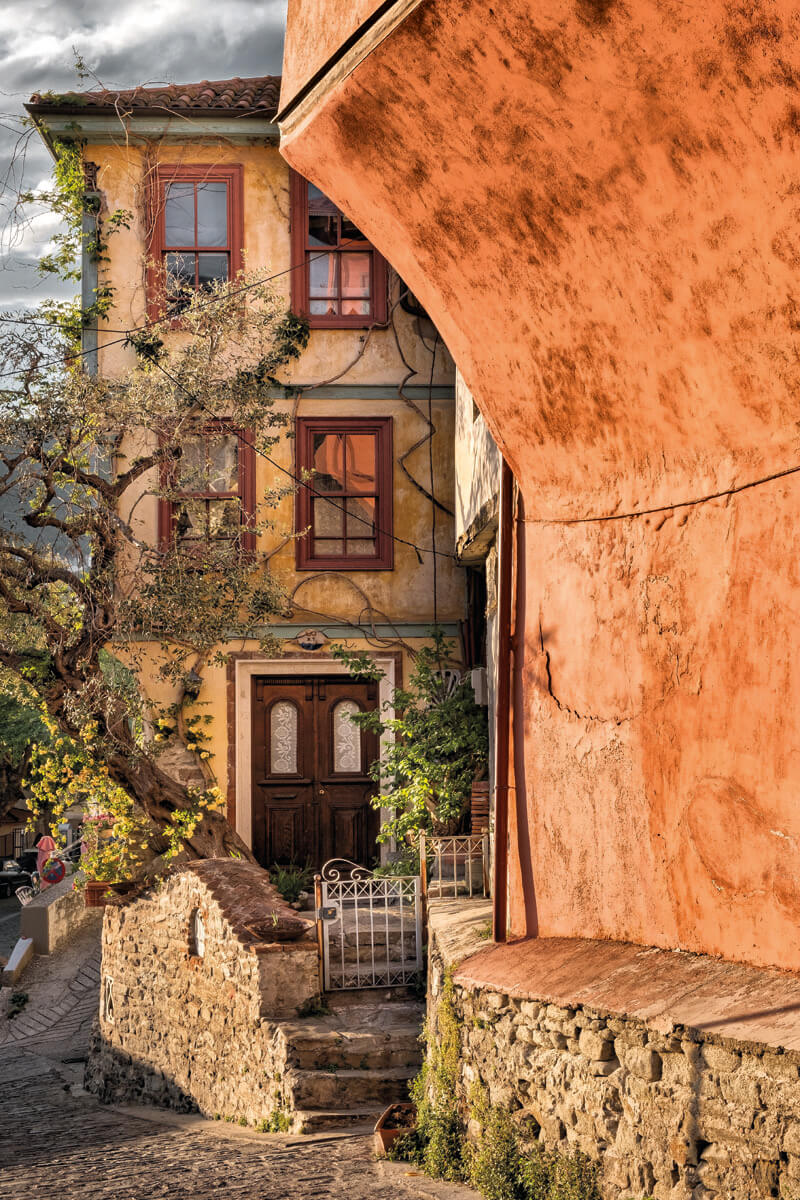 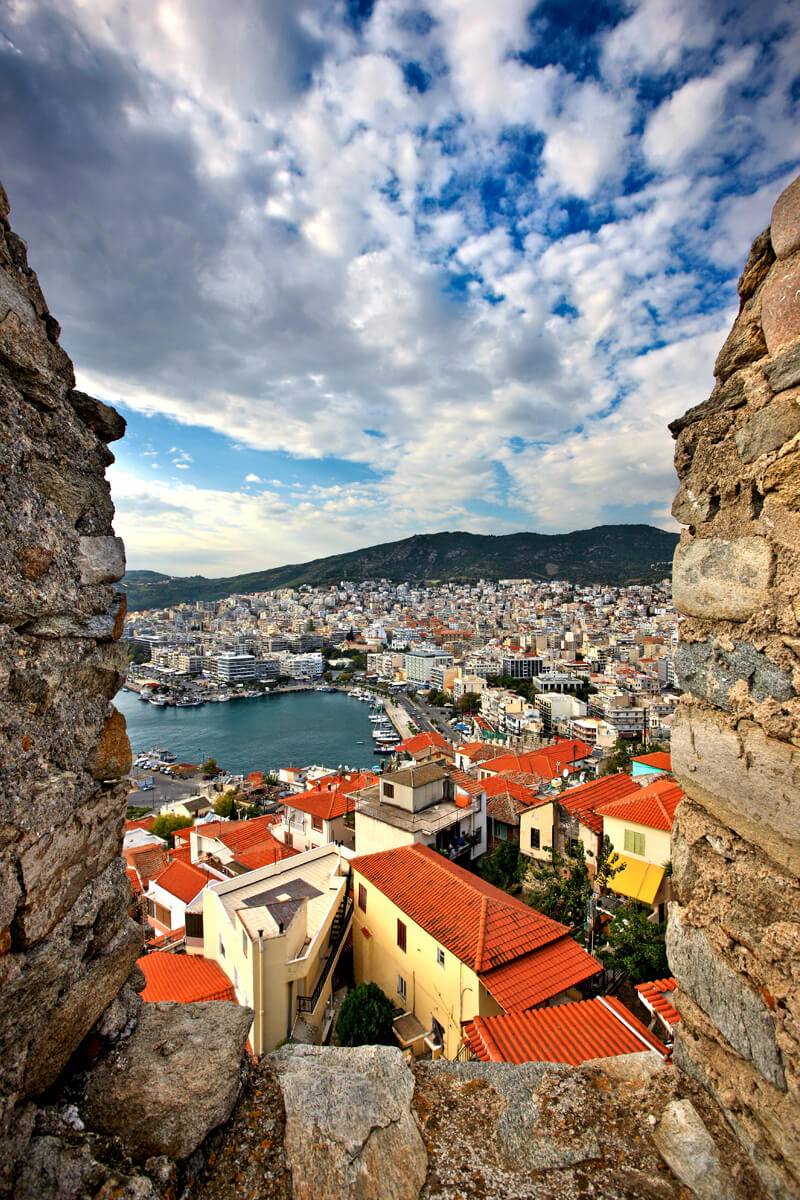 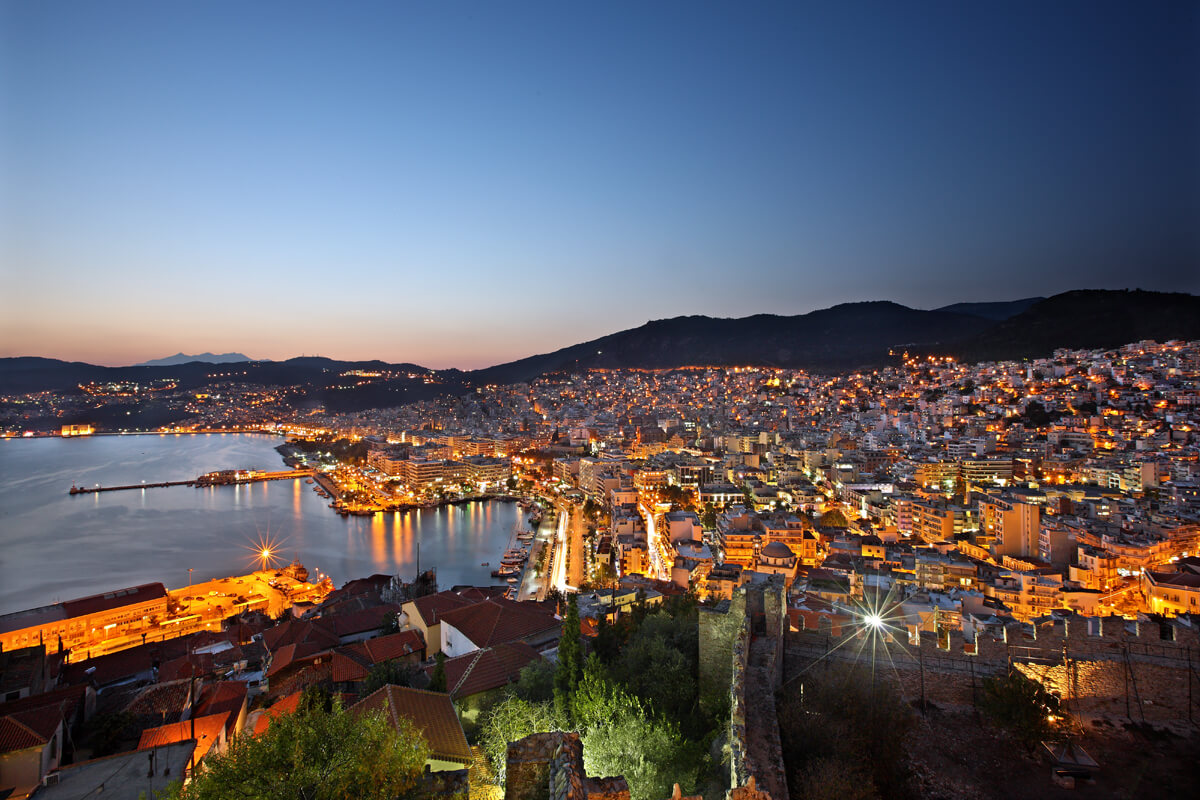 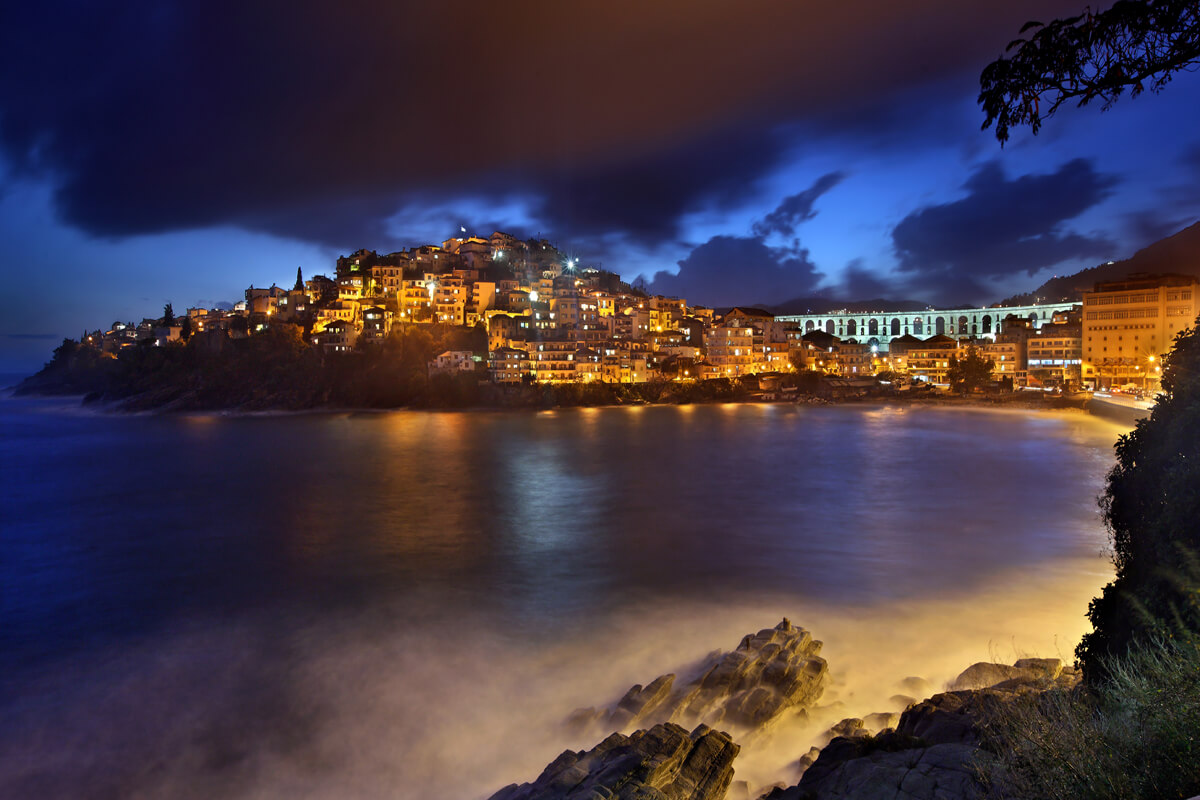 On the rocky cape and around its walls, the Old Town is ideal for journeys through time and history. Its roads are cobbled and most of the houses have wooden balconies, and fragrant gardens and courtyards. Starting at Karaoli Square, you can walk up Theodorou Poulidou St, pass the Imaret and courtyard of Mohammed Ali, and go as far as the church of Panagia, the Lighthouse and the Fortress, to enjoy a breath-taking view. Complete your route at Kamares, the old aqueduct, at the borders of the Old and New Town. The natural beauty of the region in combination with the picturesque tavernas, historic places, monuments and the modern neoclassical buildings, stimulate the senses and create wonderful images.

Walking up Theodorou Poulidou St, you will come to the Imaret, a wonderful monument and a classic example of Islamic architecture. It was built in the early 19th century by Mohammed Ali, the founder of the last Egyptian Dynasty. This vali (governor) wanted to give something back to the town of his birth, and offered this charitable institution, which operated as a seminary (medrese) and orphanage as well as a soup kitchen for all the poor of the town, irrespective of religion. Today it is a luxury hotel, and Kavala landmark.

As you walk to the edge of the peninsula of Panagia, you will come to Mohammed Ali Square, which contains the House (konak) of Mohammed Ali and his statue, made by the sculptor Konstantinos Dimitriadis. The House of Mohammed Ali is considered one of the most typical surviving examples of 18th-century Ottoman architecture in Greece and was, in its day, the largest house in Kavala. Today it has been lovingly restored and houses a museum, which you can visit and feel the atmosphere of an 18th-century mansion. It also houses the Mohammed Ali Research Center.

A little after Mohammed Ali Square you will come to the church of the Panagia, on this spot in the 15th century there used to be a women’s monastery. As you come to the edge of the peninsula of the Old Town, the Lighthouse, juts out, an attraction for permanent residents and visitors alike. It was built in the late 19th century at a spot where the rocks and sea meet. The imposing rocks are ideal for those who wish to sit and gaze out over the blue horizon and the seductive reflections on the walls. In any case, the whole of the Lighthouse area is magical, giving you the feeling that it has secrets from the past. And when the view is clear, you can see the island of Thassos in the background, Mt Athos to the west and the shores of Keramoti to the east.

Continuing your tour of the Old Town, you will come to the complex of Halil Bey, which includes the 16th-century mosque of this same name, built on the foundations of an Early Christian basilica, and the seminary (medrese). The 7 rooms of the seminary had various uses over the centuries: in the early 20th century they housed a primary school for girls, while in the mosque and medrese, refugee families were housed after the Asia Minor Disaster. In the decade 1930-1940, it was home to the orchestra of Kavala – hence its nickname of “Old Music”, by which this particular building is equally known.

The peak of the Old Town is dominated by the Fortress of Kavala, one of the town’s most important historical monuments. The fortress of Christoupoli (the old name for Kavala) was successively ruled by the Lombards (1204), Franks (1208), Byzantines again, and eventually the Ottomans (1391). As with all Byzantine fortresses, it has an external precinct and a main acropolis, the last line of defence of the city. Today the visitor can see the central circular tower, with a unique view of the sea from its roof, the gunpowder and food store, later converted into a jail, and the garrison, which was the perfect space for accommodating the officers and troops. Various cultural events are held in the summer in the open-air theatre of the Fortress.

Coming down from the Fortress and going in the direction of the other side of town, one’s gaze is drawn to the wonderful old dockyards and, after this, the impressive Kamares, the medieval aqueduct of the town, which is now a recognisable monument of Kavala. With a length of 270 m and a maximum height of 25 m it is built of local granite and bricks. Geographically, it is located at the spot where the old and new towns are effectively divided.

Here ends your tour of the Old Town. You can choose to do the tour by car, by foot or with the mini-train of the Municipality of Kavala, a transport means that serves both inhabitants of Panagia and tourists!

The sunset from the area of the Lighthouse offers the most beautiful postcard image in the whole of Kavala. Don’t forget your camera! 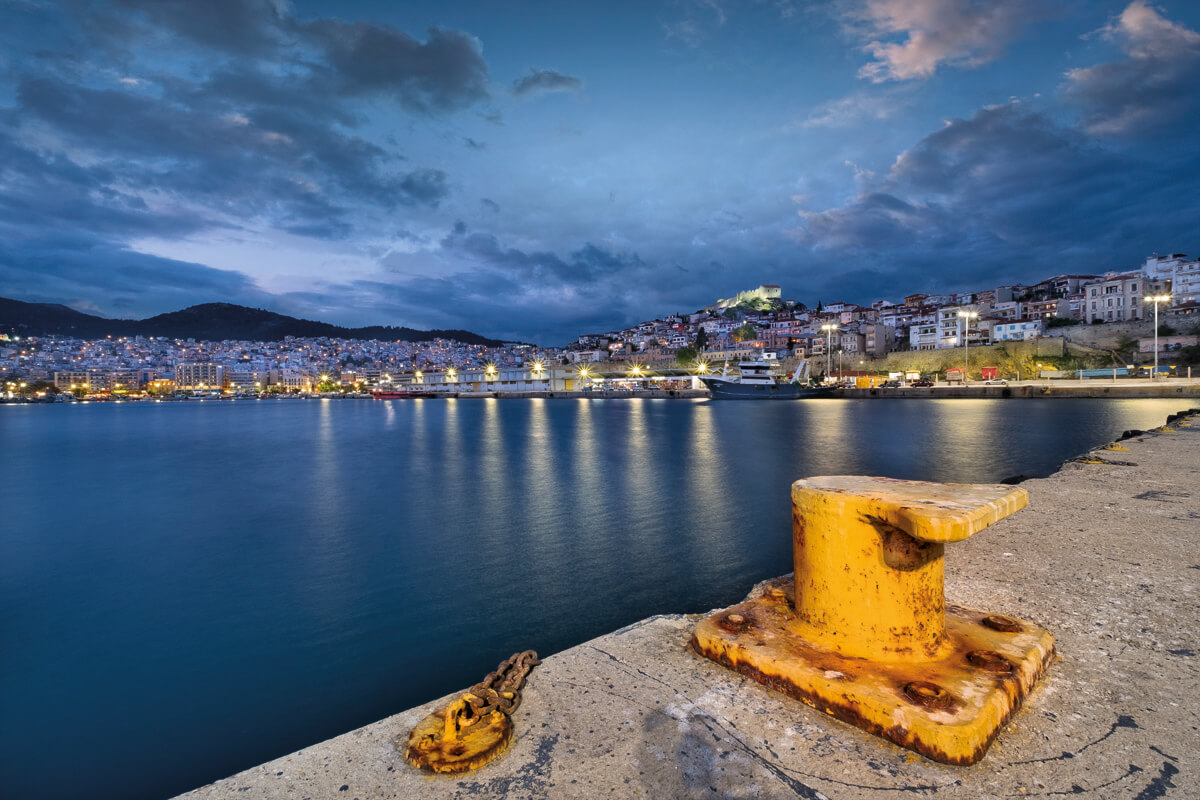 The coastal pedestrian zone that leads to the port of Kavala is one of the most beautiful walks through... 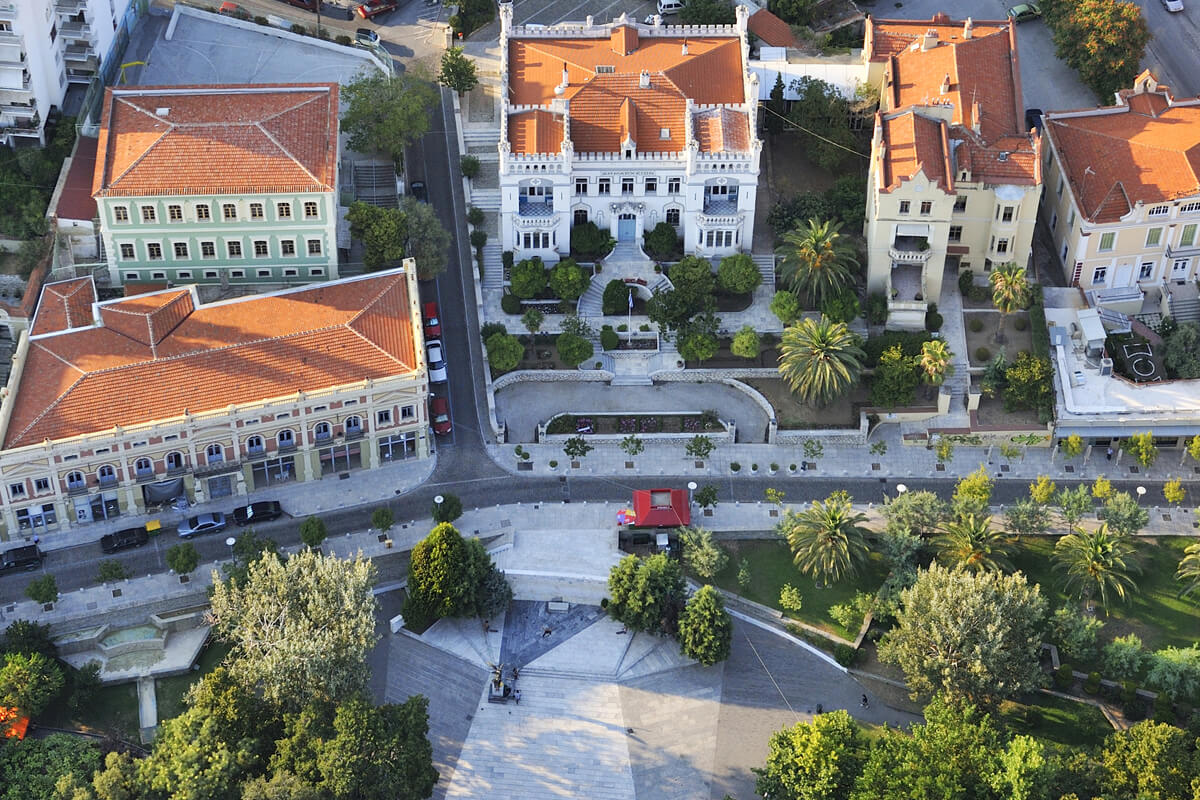 One very beautiful route through the town is that which goes from Kapnergatis Square to the paved Kyprou Street,...