“Kavala through time” by Ioannis Kiourtsoglou 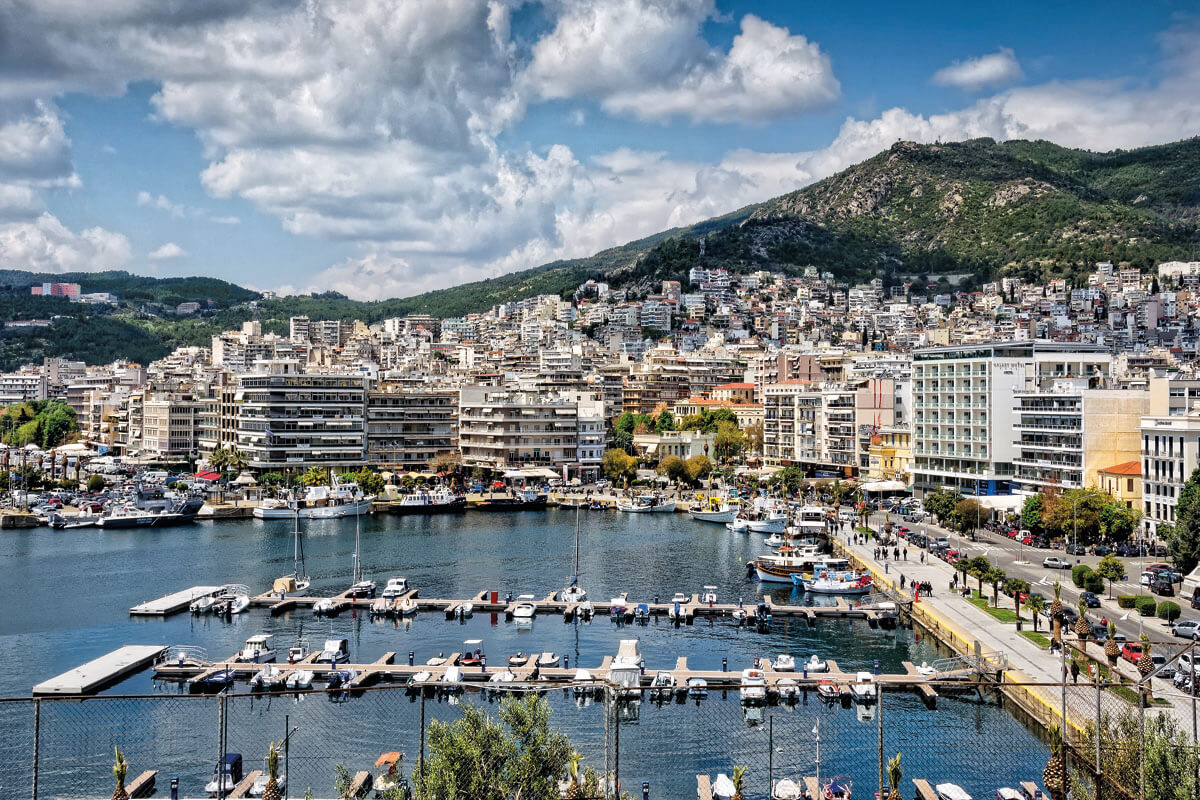 At first, it was merely a rock; steep, bare, dry, and constantly besieged by the sea. That rock sheltered the first newcomers 3000 years ago, who left behind sherds from their handmade pots, though the first settlers inhabited the coast of Kavala a lot earlier (approximately 8000 years ago).

It is proven that from the 7th c. BC onwards, the ancient harbour of Neapolis would send its ships across the Aegean and the Aegean would come back to the city, bringing the Greeks with it and their own culture. Nothing would be the same in Europe and the Balkans had not the island of Thassos decided to found ancient Neapolis as their colony on this strategic location, accessible to all who wanted to exit towards the Aegean or reach the Balkan hinterland, along the routes towards the East and the West.

It is fairly unknown that the city minted its own coinage and claimed its independence from its metropolis, becoming a crucial ally for the Athenians, to the degree that the latter would even borrow money from the Neapolitans, whose port brought affluence to the city. The earliest city port across northern Greece, occupied incessantly, it enjoyed the advantages of its existence from the very beginning. The Athenians did not forget the Neapolitan loyalty and expressed their gratitude through honorary decrees on marble, still surviving and on display at the Acropolis Museum and the National Archaeological Museum.

Then came the Macedonians and their king, Philip II – the city diminished for the threat of remaining an Athenian ally, and became the port for another city that was founded, historically destined to flourish, Philippi. When the Roman arrived, Neapolis, with Via Egnatia crossing by its doorstep, would become the theatre for world-changing events:
– it was used as a port for the fleets of the republican leaders, Brutus and Cassius, during the most important battle in Roman history, against the oligarchic leaders, Octavian and Mark Antony; a battle that signified the transition from the republican to the imperial era in Rome and its territories
– it was the point of entry for numerous cults from Egypt and the East, introducing deities and traditions that permeated the entire region, and spread as far as the European continent. This was especially true with the arrival of Paul the Apostle, who chose the city for his first stop along his European tour, shaping the destiny of an entire old world.

The region and the city of ancient Neapolis, later known as Christopoulis and now called Kavala, can easily be described as a melting pot. A melting pot for people and cultures from the Archaic era to this day, with the locals still living by the sea, faithful to their humanitarian values, gazing out the open horizon, helping out anyone who would reach them, fleeing war zones.

The sea water plentiful yet undrinkable, led to the Romans first, and then the Byzantines, the former building and the latter maintaining, one of the best preserved aqueducts in Europe. The arches, damaged by the Turks, who captured the city in AD 1391, re-operated under Suleiman the Magnificent, “the Lawgiver”; they were also repaired in the early 19th century.

Then, one of the stonemasons, named Stephanos, left his signature on a rock along the arches, still visible today almost 200 years later, over Pipinos Street.

In its recent past, the modern city of Kavala was a miniature version of Thessaloniki – a well-fortified port city (hard to fall on the hands of the enemy), flourishing thanks to its tobacco trade. Its small multi-cultural community, expanded in 1864, later it received thousands of refugees that swarmed there after the population exchange between Greece and Turkey. Its vibrant Greek community spawned two exceptional artists, the painter Umbertos Argyros, and the poet, Ioannis Konstantinidis, whose busts now adorn the municipal garden. The largest public sculture in the city though, belongs to its benefactor, Muhammad Ali of Egypt, offering the city the opportunity to display the artwork of an important sculptor, Konstantinos Dimitriadis (born in Old Stenima Stenimachos in Eastern Thrace). The statue was sculpted in the artist’s atelier in Paris and its transfer to Kavala in the late 1930s was a milestone.

Kavala is a lively city with concealed aspects and treasured corners, unseen at first sight – perhaps the only city with neighbourhoods named after numerals (like A Thousand or Five Hundred) and a well-preserved old city, with its taverns, whose customers are unaware of the fact that at the same spot, tired, ancient sailors would visit the marble temple of Parthenos at the summit, to pay homage to the goddess. Where the Imaret is now located, ancient priests would accept the dedications of those who crossed the Aegean Sea to reach the city 2500 years ago.

Open horizons mean open hugs; Kavala still offers its own wide open to those who allow their hearts and minds to discover it.